In an effort to shout out his hometown, Riga, Eddy chose to host his Street Series day at home as opposed to a far off city as the others did. I knew nothing about Riga as I’m sure most others in the States don’t either, but didn’t hesitate to take the opportunity to see how Zunda lives. Would it be different than how he lived on the road, eating whole rotisserie chickens and anti-freeze reminiscent liquor from Wal Mart? Would he party twice as hard as everyone else, multiplying 2x the number of drinks and smokes, and hours stayed up? Would he somehow manage to ride harder than the others, while paradoxically be the most chill dude on the trip? Yes to all of the above, though sticking to the local food and beverage offerings.

After spending a week with him I got a good sense of Zunda’s life. Living more or less the standard pro life of little responsibility and near limitless freedom, his day to day is enviable. Casual wake up, coffee, time with the girlfriend (who is an accomplished chef working at the nicest restaurant in the country), riding his choice of amazing parks plus street, drinks and chills to cap it all. Riga had a similar vibe. It wasn’t big or loud or cramped, it was a casual European city.

DIG sat down with Ed after the commotion of BMX day was over.

What do you think the rest of the world thinks of Riga?

Maybe they think it’s a little bit sketchy cause it’s pretty old. But it’s actually really nice, the people are nice. It does get really cold here [laughs].

Are people distinctly Latvian? Or is it outside cultures?

It’s mostly Latvians, also a mix between Russians and Ukrainians.

It’s actually pretty good. Kids getting bikes now. Everyone wants to ride bikes. All the dudes, even the small ones are killing it. At the [Street Series] jam I was surprised how many poeple were here.

Was it difficult when you first started riding around here?

Definitely. We didn’t have any parks. And I come from a small town, all the dudes I was looking up to built trails. So I kind of got into it.

You started as a trail rider?

Yeah. Kind of. They built a park after that then I found some spots and put pegs on. That’s how it all started.

Do you still have all your dirt moves?

What was your best thing back then?

I don’t know, maybe three inverts? Three nose-dives? Those were my favorite things.

Where were the riders you looked up to?

All the local dudes. There’s too many of them.

Were you getting magazines or videos?

Yeah we had VHS, the cassette. My friend’s mom was working in Germany so she was sending all those crazy videos. It was insane.

What were your earliest videos?

Etnies Forward, Rooftop and all those guys.

I woke up in the morning and saw that and was fucking excited. I couldn’t believe it. I freaked out.

How do you think the Street Series went?

Amazing?!? I didn’t expect it. But all the spots people went in.

You were the only guy who stayed in his own city. Why’s that?

Cause it’s nice here. I really wanted to get people here as well well so they can see what it’s like. And the locals were really hyped. If you ask the small kids they say it was the best day of their lives. It was amazing!

So what’s a day for you usually?

Pretty chill. Wake up and coffee. Maybe go to the plaza and warm up. From there we go somewhere else. Meet up with all the locals, film.

Is it nice how the sun doesn’t set till really late?

Well usually all my friends get off work at 7. If we’re not too exhausted we’ll meet up then. It’s nice. The days are longer than nights.

How late are your average nights?

Yeah! What’s your record? Have you ever just stayed up all night and went on the next day into the night?

Do you ride the next day? Can you function?

It’s hard, but it doesn’t happen that often so it’s good.

What do you got coming up?

We’re going to New York in august for WTP trip. Really looking forward to it. [Video from WTP NYC]

Who are your favorite riders right now who are on top of it?

All the Monster dudes… There’s too many seriously it’s crazy.

It can be a bit overwhelming how good people are these days.

Everyone’s so good. People do so much different stuff too. Going from combos to big stuff. It’s awesome.

Tell me about the Hunt. Did you see it online and decide to do it?

No it’s because I was with Kosman. He hit up on a trip and asked if I want to film a part. I said of course, it’s a DVD I’d love to be a part. It just went from there. We cruised everyday, filmed. Wasn’t too much time. It was cool with all the dudes filming.

So you met him on a Vans trip?

Yeah, Canary island. I think, I might be mixed up.

So it was just you and a buddy who went and filmed?

Yeah all the homies. I was filming for the Hunt and they were doing their stuff.

How long did it take to film?

We’re you sponsored at the time?

Yeah. I was getting parts.

What happened after [you won]? Were you in LA at the party?

Nah I wish I would have gone. It seemed like an awesome time. I couldn’t make it. I didn’t know I was going to get a trip to Hawaii. I woke up in the morning and saw that and was fucking excited. I couldn’t believe it. I freaked out. 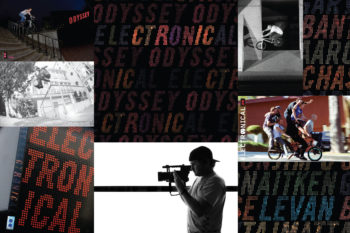 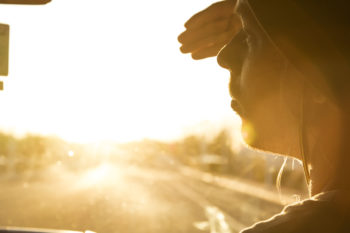 Hammer Time in The Desert With Nathan Williams and Aaron Ross