Evading Police and disturbing the peace!

There is something amazing that happens each year in Barcelona... Hundreds of bike riders ascend on the coastal metropolis during the month of February to escape the Estonia escapade which happened a week prior. Almost overnight the atmosphere of the city is engulfed in the cheers and the insanity spawn from wild packs of BMX bikes dashing and screeching in any given direction! So for this years' DUB JAM there couldn't really be a better recipe for mayhem on a Sunday, Jack Dub of DUB BMX came out to BCN from Liverpool to host another hellacious day in the name of BMX!

I personally haven't attended a DUB JAM before this one but I do know they have taken place around Europe and the US in the past, the reputation is concrete and it's easy to say that Jack has formed a serious following around these events! At the height of the day there must have been nearly 300-400 riders in attendance, as we move from spot to spot throughout the city we consume the roadways and take over the sidewalks with adrenaline! So if you happened to come across this sight as a passerby you couldn't help but become part of the action, weather you enjoyed it or not!?

The day went on without a hitch or without any real serious injuries, except for one poor guy whose testicle was cut out of his scrotum somehow?! (He was swiftly tended to by EMT's) In the end, it was one of the craziest street jams I've been to in-person... The sheer mass of bicycles was impressive and even more so the support of BMX by BMX!

Here is a closer look into that day of madness in 46 photographs...Riding and antics from Jiri Blabol, Andres Ochoa, Crazy Pete, Miguel Cuesta, Mati Lasgoity and more!

See our exclusive "IN THE CUT" video, HERE!

And another BCN DUB JAM video by Rafael Black, HERE!

Thanks to DUB BMX for hosting this awesome event! 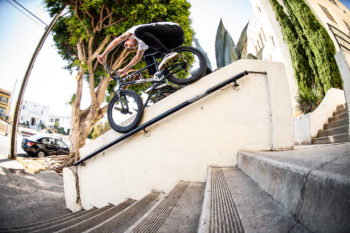 12 UNSEEN gems from California to Spain! 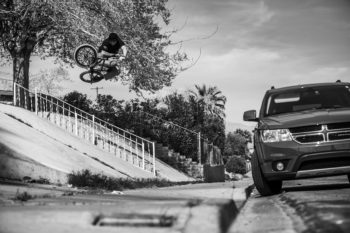 Livin' that Vegas life before shit hit the fan...