The Bros Crew do it again!

This year marks the 9th annual BMX Street Station Jam in Lyon, France, organized, built and hosted by Bros Bike Store. Being the main shop in town, and accompanied in part with Sparky’s Distro, this shop is at the core of the BMX community in Lyon. The Jam officially runs for a three day weekend at the end of September every year, this time starting on Friday night with a bowl jam right near the canal in the centre of town; then on Saturday and Sunday hundreds of bike riders from around the world including the likes of Sean Ricany, Liam Zingbergs, Felix Prangenberg, Mark Burnett, Kilian Roth, Jordan Godwin and way way more, joined by French locals and innocent bystanders, follow around an old RedBull truck armed with a sound system, DJ and MC. Spot to spot we are led to traditional street spots with newly added setups especially for the jam.
The BROS guys know how to give everybody a great time and they made sure to film and catch all the action of the weekend in this the official jam video, of what's probably been the best year yet. This has definitely become one of THE best events on the global BMX calendar. If you weren’t there this year, you'd better get to the 10 year anniversary! 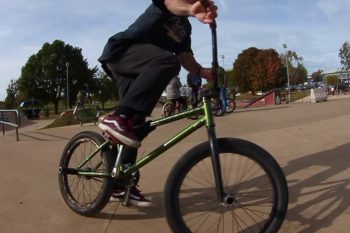 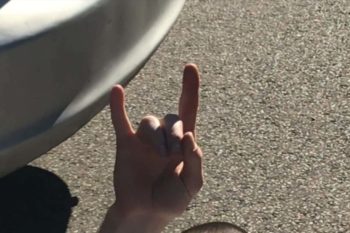 4Down - Lyon and Done

4Down Do Bros BMX Street Station