After years of taking to the road with BMXers, I had decided that I wanted to experience a trip with artists to see how they would seek their own spots and find anywhere that would welcome their unlimited creativity. So, back in 2017 three French artists Adec, Arkane and Brokovich, along with photographer Maxime Ramoul, jumped in the Volvo for a road trip called “@Iretge” (a word that means ‘heretic’ in the local language).

After ‘painting’ the trails of Mathieu Dubourgnon with some chalk, and making a very cool collab at a skateboard DIY spot, we finished the trip on a wave breaker 200 meters away from the port city of Sète, near Montpellier (France). It was only reachable by boat and when we asked a fisherman to drop us there to paint on some crazy big cube of concrete, I was stunned by a perfect transition to wall that was just begging to be ridden. But we had no bikes…

It would be two years later before I brought back more friends but this time of course they were BMXers. Mathieu Dubourgnon, Cyrill Gay and Nico Cambon really wanted to ride that thing and the city around it. In the spirit of the original ‘IRETGE’ project, I invited @Soukozart a young French BMXer / artist / rapper to illustrate the video which would be edited by Vincent Biraud (another BMXer of course), and we planned music from @wildbushband (also mainly composed of BMXer’s). An extended story to be written by myself will be out in @roots.bmx.albi fanzine a bit later on.

In short, here is a short little BMX project that took some time to be complete, for a spot that definitely awaits more riders to visit. - Ben Bello

This time we brought the bikes! Nico Cambon on that perfect spot. Photo by @vincentbiraud 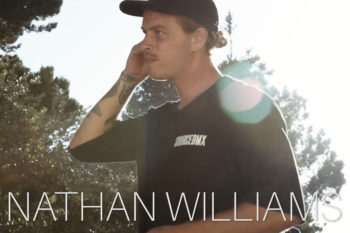 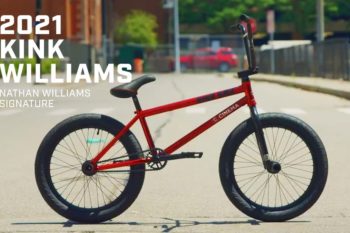