FROM CHAD TO CPH

More adventures via Nico Esteban. He explains about his trip below:

"I lived in Chad (Central Africa) for two years. Due to security reasons imposed by the UN i was not able to ride my bike in Chad, so the idea of start skating came into my mind. After some time skating on my own, a lot of kids were interested with it so I decided to do a recollection in Spain to bring the skates and start skating with them during the week-ends. Finally I ended up with 12 skates and it changed my life and a little part of their lifes too.

A month ago I left the country and also distributed all the skates there with the kids that represented a big part of my heart. I left my hair growing for 10 months in Chad and by cuting my hair and eating it i want to show that even if i left the country and my kids, they will be a part of my soul for my whole life. Thanks to them and to everybody that contributed with the project.

Video filmed in Copenhague (Denmark) during 10 days after my return from Chad by my awesome cousin Guille." - Nico Esteban 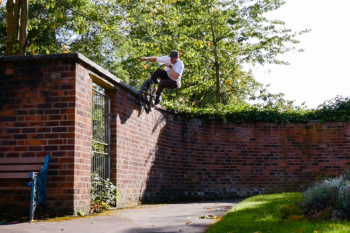 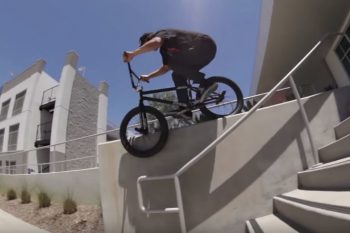 Denim Cox - In The Volvo