Coming to America... and jumping off every damn roof!

“I remember back to my first visit to Spain, spending my days in the streets of Barcelona. I began to learn the people and their ways, I found myself at home with complete strangers... as time went on I got to know Miki more and more. He was a young kid with ambition and a genuine love for BMX. He told me that it was his dream to make it to the USA to ride and see a new piece of the world. So less than a year after meeting Miki he had picked up two sponsors (United and etnies) and he was booked for LA in March! I wanted to show him a great time and I wanted for him to have access to a filmer so he could reveal his California experience in a proper video. Long story short, I ended up filming the majority of this video in only 9 days of actual filming and bike riding.

Miki is an original and he has a great head on his shoulders, he is a prime example of following your dreams!" - Wes McGrath / DIG 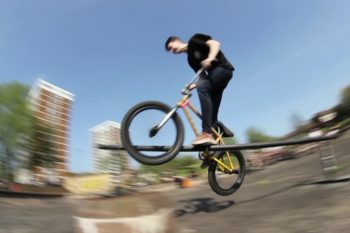 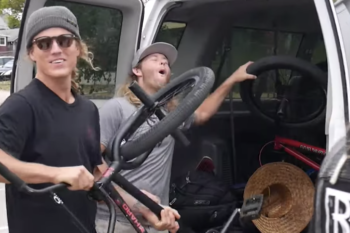