Three years in the making...

Filmed and edited by Ryan Chadwick

The Shadow Conspiracy and their team have been steadily logging footage over the last three years for a DVD, which they did a great job of keeping under wraps. Here we have the first glimpse at 'What Could Go Wrong?' and it looks amazing!

More info on the project and the chosen DVD title:

"What could go wrong? A question every rider asks themselves before trying something new. Sometimes the answer is good and sometimes, it's bad. You might find yourself rolling away from a set of stairs smiling ear to ear, or you may find yourself at the bottom of that same set of stairs bloody and beaten. There’s never a definite answer. Whatever happens though, in the end, it’s really about how you got there.

Hit play to watch the new trailer for "What Could Go Wrong?", the third full-length video from The Shadow Conspiracy coming August 2015! 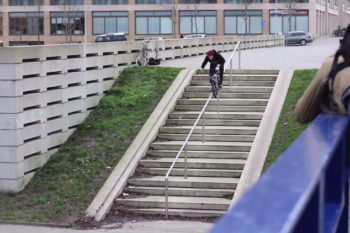 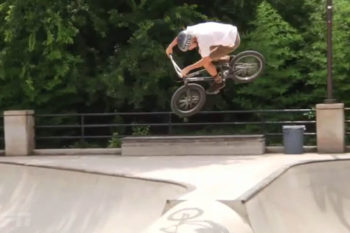