Lou was way ahead of his time...

Filmed and edited by Shad Johnson

Shad Johnson at Snakebite has begun to upload sections from the 2001 classic 'Blueprint' and started things off with Lou Rajsich's standout part. Lou was way ahead of his time; you hardly ever see switch 180 to rails even now, and he attempted a hard 180 to backwards rail about 10 years or so before Rob Wise finally stuck one for 'Last Chance.' I must have watched 'Blueprint' a solid hundred times or more as a teen, and even pulled the VHS out a couple of years ago during a nostalgic BMX video marathon with friends. Lou's section is probably as well known for what wasn't pulled, as what he did land. The wrist-breaking ender is mental.

"0:50 Lou tries a gap to rail that we realized during editing that it says Blueprint on the sign.

1:43 Lou nearly tears his foot off trying a backwards rollercoaster.

2:06 This line where Lou does a nice oppo rail to a hefty ice grind he did first go and i talked him into trying the ice grind a few more times to try and get a fisheye shot of it.I ended up just running the wrecks before the pull because it just looked better.

2:17 Lou would do this opposite backwards rail almost every time we would ride this spot. I think i saw him not pull this but once." 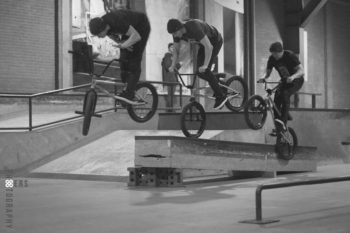 Winter is almost over 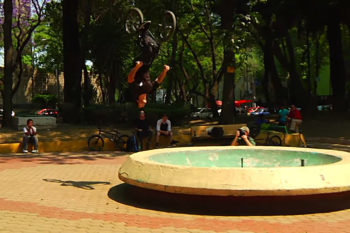