An Interview with Mark Gralla's Chain

If only your bike could talk....

During a venture up to New York City recently, I rolled up to Dah Shop and noticed a rusty beat-up chain laying on the ground next to the front door. A few seconds later, Mark Gralla comes strolling out with a chain breaker and new chain in hand. Looking at that old chain on the ground got me thinking, “That thing has probably seen its share of miles and adventure." And it has. Mr. Gralla has been on a seemingly non-stop traveling mission the past year. No awkward transition or back-alley storm door has been safe from Mr. Underrated's crusade to conquer old and newly discovered gems all over the U.S. and beyond. And his new chain is in for a whole lot more. Here's a Q&A with Ratman's old chain:

How long were you on Mr. Gralla's bike for?

I honestly don't remember, maybe six months or more? I just remember the feeling of finally being free from that little cardboard box. It was so liberating, but I didn't keep track of dates.

How many different bikes were you on during your stint as a bike chain?

One. I'm a one-bike chain. Though, after just being dumped at Dah Shop for a younger chain, I may be ready for an open relationship.

How many states in the U.S. did you explore?

Twenty-something. I can't remember the exact amount; I'm made out of steel and don't have a brain, so my memory isn't that good. Indiana was Mark's favorite because that other guy from the city, Mr. Piazza, didn't enjoy it so much.

How many other countries did you go to?

One. Japan (two times) was Ratkid's favorite to visit by default because it was the only other country. This mofo pedaled way too much day and night there; it felt like he stressed me the entire time- he doesn't sleep!

Gap to smith on some Japanese granite.

How many weird tranny spots did you carve?

Not enough of them. FDR is probably Mark's favorite because it's endless; and it's mine too because I finally get to relax, since he adheres to the no-pedal policy there.

How many storm doors did you dive into?

Several. Centre St. is Mark's favorite; he doesn't have a specific reason, of course.

How many shitty neighborhoods did you venture through?

Too many. St. Louis may have been greasier than me. Actually, that's a bad metaphor—did you see how much rust is on me? 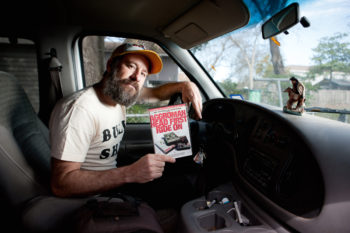 Stew Johnson reflects on 3 of his all time favorite videos, and the man behind them... 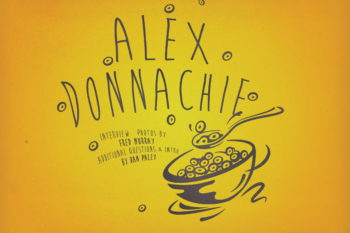 The most sarcastic BMX interview ever?...