Whatever Happened To That Frame?

Summer 2003: Dig photographer Ed Docherty is living in Vancouver, B.C. and shooting photos of then Volume/Demolition pro Jason Enns for a “Fragments” feature in Dig issue 32. The photos speak volumes, no pun intended, and Jason goes on to continue a legendary pro career that spans over two decades. And amid those shoots, Ed captures Jason riding alongside his dog on his signature Volume Destroyer bike. We called it the “Two dog, one cat version of Jason” on the cover and ran with it.

The cover went on to become one of Dig’s more iconic, well known covers. And Jason is forced to live with the fact that he got a prestigious BMX cover for walking his dog on his BMX bike instead of doing a 360 half barspin toothpick over a spine ramp. Fast forward to 2022, almost twenty years later - Jason no longer rides for Volume but still attacks transitions on an era-correct 1993 S&M Holmes and Colony Oz-one. And the bike which graced the cover now resides in Austin, Texas, in @ruckusmatt’s garage turned BMX museum. Many things have changed in the 19 years since that cover photo, but double wishbone frames without any gimmicks attached to them will outlast us all. 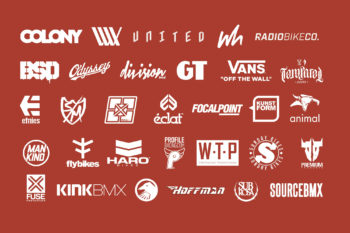 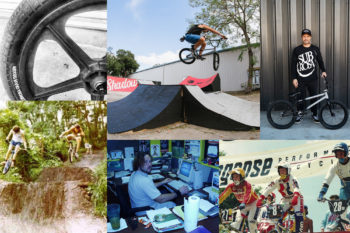