Three pegs, cassette, and white cranks... Yeah, Wethepeople's Justin Koebele doesn't fit the typical coaster, 4 pegs mould. Here we have his ghost blue Wethepeople Pathfinder build, both in photos and video, along with some clips from the man himself. Catch a full run-down of his parts below...

Favorite part on your bike?

Favorite part would have to be the ghost blue pathfinder frame. The shorter/steeper geometry was a perfect update to what I’m used to, and offset thickness chainstays are so nice to have for pedal grinds and crank arms.

Do you do any modifications?

The mods are pretty minimal, I just cut down the bars a half inch on either side to make them 28” wide. Oh, I also put some silver sharpie on one side of each pedal to mark the grind side. Otherwise she’s stock out of the box!

How are you getting used to the 15mm offset battleship forks?

Yeah switching from 25mm to 15mm offset battleship forks was a bigger change than I expected haha. I do a lot of front end/nollie tricks so it was an easy choice. They feel super snappy and responsive for front end tricks, but still comfortable for going fast and jumping stuff too. Super happy with them so far.

The white cranks ended up working out so nicely , shout out to Tracie at We Make Things for helping me take the leap haha. So far I’ve had an overwhelmingly positive response from everyone that sees them shining, and it is an honor to join the white crank gang alongside Logan Penberg and Wiktor Skibinski. We are accepting new members, to all interested parties.

What have you been up to the past few months during the east coast winter?

Winter in NY was pretty rough, unfortunately we we’re pummeled with snow on a regular basis this year. Between storms I was out riding with the Whammo dudes (Craig Passero, Austin Mazur, Lewis Colascione, Franco Leon, Fred Drew, Geng Wung Ju, Pepe Mendosa, and more) as much as possible. When its 30 degrees (Fahrenheit) at best it feels like an accomplishment just to get outside with a bike at all. It sucks in the moment, but it makes you appreciate the good weather so much more.

Outside of riding I had a lot of time to catch up on film photography stuff; getting my little darkroom running again and making some wet prints. It goes a long way having a separate hobby from riding to stay sane through winter, and its a bit like landing a trick when you make a print perfect after so many failed attempts. It’s also a cool feeling to mail prints out to your friends and keep in touch that way.

How was the Perfect Strangers II trip back in the fall? Highlights from the trip?

Getting sent out to Cali for a week to ride with the WTP boys was a dream, some of the best times I’ve had on a bike in recent memory. Experiencing a new place through riding is just the best. Since I had never met Logan (Penberg) or Riley (Smith) prior to the trip, there was always the potential for things not to go so smoothly haha. Thankfully we all got along super well from day one.

I think we all shared a similar mentality to get footage without stressing it too badly. It was motivating to see those guys go in for clips, but at the end of the day we were all just happy to be out enjoying the amazing weather and perfect spots the west coast has to offer. Grant (Castelluzzo) also made it really easy taking us to whatever spots we could think of, no hesitation to drive us an hour plus out of the way to ride Moorpark or any other campus. He will set up the camera at a moments notice, but there was no pressure if a clip was not meant to be. Best dude ever. It sounds cliche, but a few days of riding/filming it felt like we had known each other for years. Miss those guys, hopefully we have a chance to link up again soon. Also so stoked on how the final video turned out!

So three pegs and a cassette hub, what’s the deal?

Yeah I’ve decided to keep my setup slightly unconventional for a couple reasons. I like to think of running three pegs as if I’m running two pegs plus one, you know? The left side is my primary grind side and the front right peg just gives me a few extra options. Switch hangers are one of my favorite tricks, so I could never give up that peg. Plus I love back foot pedal grinds and mixing pedal/peg grind combos, so it works out perfectly for me.

The cassette is a little more difficult to explain, but I just love the reliability of the WTP supreme cassette. The immediacy of engagement is so nice; I never got along too well riding with slack. I ran a coaster (and 4 pegs) way back in 2014-15 and it was fun to experiment with, but it never seemed to fit my riding style too well. The new WTP hybrid freecoaster/cassette hub is tempting though, there is really no downside. Might have to give that a try in the future! 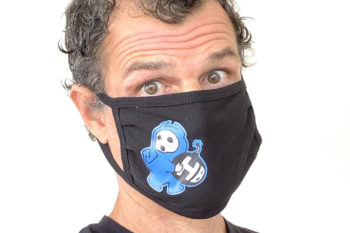 Updating the classics for 2021 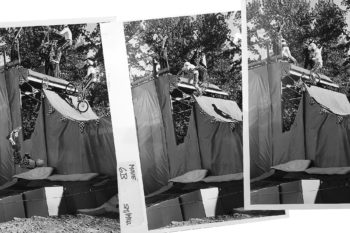