I can't say I know too much about Sean. I did a trip with him in 2012, and spent an extended week in Barcelona with him and the rest of the Kink dudes last fall. We got on well, as I know most in his company do. I remember the first time footage of him came out over ten years ago being blown away by how good he was. He could do anything, and with tons of pop and precision. That feeling hasn't really changed. I'm continually impressed by how good he is on a bike. I've heard utterances from others who know Sean well say, "that's not even half of what he's capable of." I don't doubt it.

Get Sean Sexton going and he'll have you in stitches. I doubt there's much of a population from his home state of Arizona, but he does a mean Yiddish rendition of Whiz Khalifa. He doesn't necessarily relish in the comedic spotlight, and is quick to pass the laughs on to the next jokester. When he's on, Sexton is the best guy to be around while bullshitting over some drinks and smokes. According to Sean, that's a Sexton family trait.

Top notch riding in the US, Copenhagen, Berlin, and Barcelona - More Info

This photo feature was originally meant to a little different but I'm afraid the Austin Chill Zone Vortex has Sean wound tightly in a relentless grip. Sean is a seasoned Pro on a bike with the top-tier sponsors to show. When he's on a trip business is handled. Clips are captured, photos shot, waves amongst the group are not created. But at home it seems that the pendulum swings the other in order to recoup and recover for the next trip.

Maybe one day we will track him down and pry out a proper interview, but in the meantime enjoy these photos and Kink SXTN video. And try to catch him in the right mood on a nice Austin evening and try to get We Dem Boyz acapella. 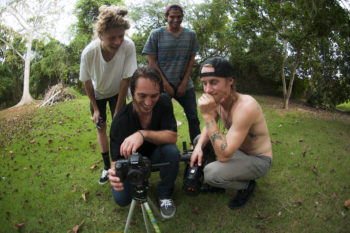 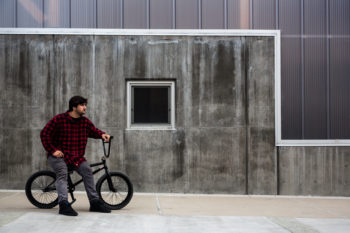 Get To Know - Nick Castillo