Getting possessed on the road with Fit...

Photos and Intro by Wes McGrath

Starting back in August of this year, Tony Malouf came up with an idea to create a video with a premeditated structure and art direction which was inspired to embody the Square One Halloween Video which came out over 6 years ago. Tony wanted to deliver more than an average BMX video, he wanted to bring the team together and have them connect in fun and positive way that was more suited toward the array of personalities on the team! Including riding from riders such as Ethan Corriere, Brandon Begin, Justin Spriet, Charles Little John, Cristian Porras, Tommy Dugan and Morgan Long with the exception of Shawn Mac, sitting out with an injury he got from filming for latest TripTape.

The team took three trips to complete this video, from Northern California on their Free Candy Tour, to Arizona and Albuquerque, New Mexico. Embracing on the road antics and unexpected tourist traps the whole team came through for the Fit HORROR PICTURE SHOW! 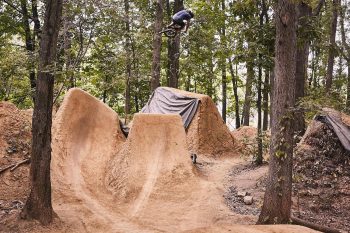 Snapshots - Back East For Fall

An extraordinary time of year at the trails... 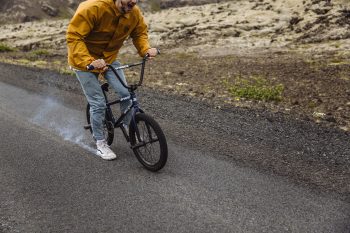 Chapter 2 - No distinction between night and day