The BSD hippies on a very different BMX trip

BSD's French hippies are back and they've thrown out the rule book yet again, this time to take advantage of Iran's recent increased leniency on their visa applicants. Last week we released the video featuring Luc Legrand, Antony Lille and special guest, Clement Baes riding bikes and enjoying a country that most would be scared to even consider visiting, let alone smith grind through. As well as producing this video from their amazing journey filmer Antoine Sabourin and Luc Legrand (BSD /etnies) also snapped a few pics along the way. Enjoy!

"In the current world climate and with the help of the propaganda of political pundits, lots of friends don't understand... why Iran? It's dangerous... blah blah blah... Whatever, all I can say is that it was one of the best experiences in life for all of us. The Iranian people we met were just so nice, hospitable and curious about the world. We were able to speak about all of the big subjects… religion, politics and war. They know of what the rest of the world thinks of them. They know that it is all geo-politics. They aren't angry about American people but they are against imperialist politics. They are afraid of undergoing the same fate as all the countries which surround them. Anyway, we met incredible people, discovered the Persian culture, ate good food, saw crazy landscapes and we rode some originals spots for our littles bikes… So, switch off the TV and open your mind. No more wars, love is gonna win!" - Antoine Sabourin

Produced in conjunction with our official DIG partners: www.bsdforever.com 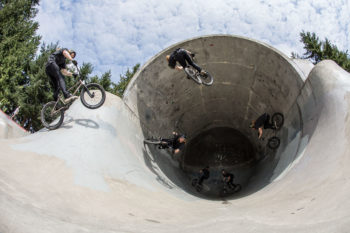 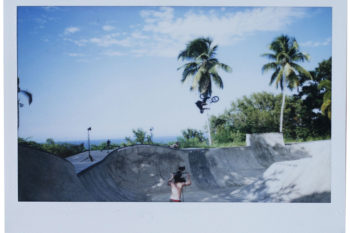 Another day, another taste of pardise...