The heaviest set ups, what did I just witness

Filmed and Edited by Sauce

This guy is ridiculous, barspin to crook as well as crankarm, some the most roof setups I've seen in a Cali video, just gnarly spots in general, and the banger is nearly insane. Looking forward to more videos from Chase, also you can check out his part in the Michtape here

"Chase is 18, super cool and lives in the suburbs of Detroit. He's fairly quiet and almost comes off as, for lack of a better word, timid. So it's safe to say his personality does not match his riding. I had never met him before but within a few hours of discovering his Instagram I invited him out to stay on my floral couch in SoCal, a couple brief text messages later and his first flight ever was booked. In the streets he is one of the most fearless individuals I have ever watched ride a bike, when he calls something out you know he's going to make sure it gets done no matter how hard he slams or how terrified he may be. You saw him in the Michtape, you saw his section in the Michigan Video and you're about to see him leave his mark on Southern California. I love this kid and I'm glad to call him a great friend of mine. I present you, Chase Krolicki in California." -Sauce 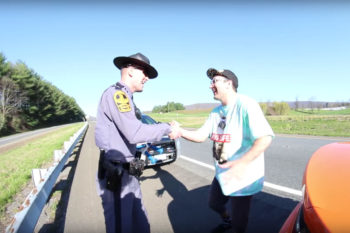 When You Get Pulled Over By A BMXer 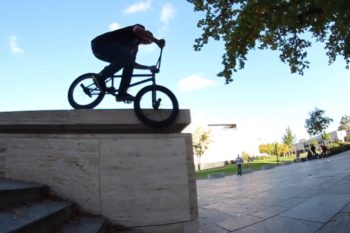