Courage Adams - 7 Days is All It Takes

Filmed and edited by Hugo Almeida

On some levels I feel kinda bad for the kids today, there’s more amazing riders than ever before but they may never know what its like to film a legitimate video part, something they put work into, that takes years to get done, something to be proud of that’ll stand the test of time and be their legacy as a rider, like some of the guys in “Criminal Mischief”, “Can I Eat” or “Forward”, all they know is firing out daily “enders” on Instagram or web edits that seem to fade into oblivion in no time, and to many older riders this could be viewed as devaluing a lot of hard work or the tricks being done. On the other hand, it could be the age today’s riders are growing up in, it’s how they ride and all they know, media has obviously changed and the “old ways” just don’t make as much sense anymore. Riders are progressing at an amazing rate, are so consistent, things are moving so fast that it only makes sense that they showcase what they can do 'now', it’s created this new kind of work ethic toward riding and filming, which in itself could also be considered pretty awesome. Courage Adams has grown up riding in this new media age, its all he knows, he fires out some of the craziest stuff as if it’s nothing, has progressed exponentially over the last couple of years coming into his own, creating his own style, getting the respect of his peers and catching the eye of some of the most legit brands out there as sponsors, all while remaining humble, quiet and semi landlocked in Europe, which in itself is quite amazing. When time came for Courage to film a part for flybikes he approached this aforementioned frenzied riding / media era wasting no time putting in 'work' by showing amazing versatility and that he’s as comfortable on his front wheel as the back, creating awesome lines all while having the balance of a cat…. And it came as no surprise, “7 days is all it takes” to get done…. Courage Adams! Enjoy. - John Povah / DIG 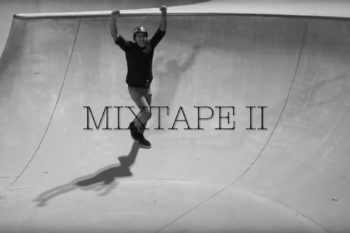 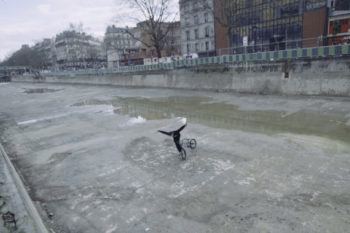