SO many good things about this! Been waiting for this to come out for ages now and Mike Vockenson has finally blessed us with a drop. The featured riders are going to be Cody Pollard, Denby Chandler, Dylan White, Matt McCallum, Pahau Milner and Riwai Milner. Can't wait to hear/see more about this in May!

"Here it is folks. Stoked as fuck to present the trailer for the 3rd DVD by Crispy Stream – ‘Dulwich’.

For most of you, this will be the first time hearing about this project. Where do I start. This has been in the works from the moment I finished filming for ‘Fall From Grace’. Thanks to everyone involved and their undying passion for BMX, the momentum never halted. This is an exciting project for many reasons, one being that ever since I grew up watching Props/Animal/Etnies/Criminal Mischief DVDs, I have always wanted to create a full length ‘crew’ DVD filmed entirely on a VX. To be able to make that a reality is pretty special.
Coming up with a name for this video couldn’t have been easier. Prior to heading out and filming the majority of shit in the video, the crew involved (half of) either lived at, or spent most weekends, chilling and based at a BMX house in a street called Dulwich in Brisbanes southern suburbs. Parties were had, memories were made, friendships consolidated, bikes were ridden and the vision was formed. If you have never experienced a proper BMX house, you are missing out. It really does bring a scene together.
Anyway, featured riders with full length sections are Cody Pollard, Denby Chandler, Dylan White, Matt McCallum, Pahau Milner and Riwai Milner. So a few familiar faces and a few ring-ins. There are also mix sections, other shit and tonnes of bonus sections. Of course it has been super motivating and humbling to see how much work each person has put in, nothing less than their all. Which for me, for a little old thing which started off a simple blog/website called Crispy Stream, makes me so psyched.
Whilst we are still finishing up the final clips for each section, the video ain’t too far off being done. I would expect that a premiere date will be set for May 2016 with a location yet to be confirmed." - Mike Vockenson 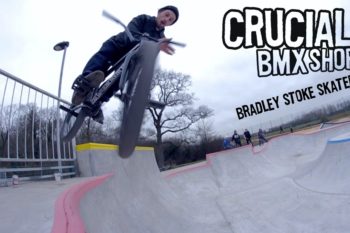 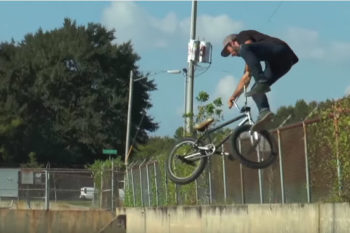 Corey wasn't letting that one get away