Filmed and edited by Callum Earnshaw

After six years with Wethepeople it's time for Jason Phelan to move on to other things, but before he said his final goodbyes he took a quick holiday in the English Riviera and damn did it look like a fun time! Here's some words from Jay and WTP:

"Jason Phelan joined WETHEPEOPLE in 2009 and since that time it’s been nothing but fun, Jason was always driven by the fun times, by travelling and by going kinda mental on a bike. We are sad to say that time with wethepeople has come to an end and we are just happy that he gave so much to the brand, but we know (and Jason knows) that the fun times for him will always continue. We want to wish Jason the best of the Irish luck in whatever he does next and wherever it leads him." - WTP

"Growing up riding a BMX I always looked up to Wethepeople and then finally getting to ride for such an amazing company was a dream. Now after so many years having a great time travelling all over the globe, making new friends, making memories that will last for ever I'm going to say my goodbyes. I truly appreciate everything Wethepeople have done for me. Harry, Klaus, Rob, Paul, mark, Chris at CSG UK everybody who helped me out (and even bailed me out when I missed flights from other countries or ended up stuck for some reason). Thanks a lot guys you have really fulfilled a big Irish kids dream and its time for me to move on to the next chapter.

I will never forget WETHEPEOPLE.

Cheers, you guys are the best." -Jason 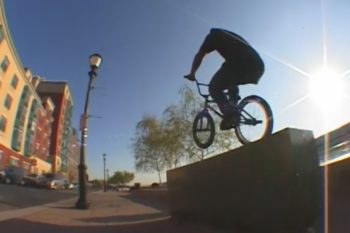 Some NYC flow for your enjoyment... 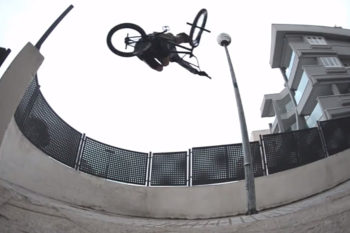