One of the heaviest hitting sections of the year!

Filmed and edited by Doeby Huynh

To say Mike Gray put a stamp on 2015 would be an understatement, he just dropped a bomb for Demolition! Mike's relocated to San Diego a little while back and wasted no time in linking up with Doeby Huynh to produce one of the heaviest hitting sections of the year.

"Mike Gray WENT IN on this full section for his parts sponsor Demolition. For over a year Mike stacked clips with SoCal lensman Doeby Huynh around the school yards and city streets of San Diego, and even snagged some footy while on a trip to Rochester, NY. From lengthy technical lines to handrail destruction, Mike handles business, but where he really shines is in his selection of roof setups, and the tricks he pairs them with. Mike is fucking unreal and I think it's safe to say that this video puts him on the map as one of the very top dudes in the street game right now, and he's not slowing down any time some, I promise you that." - RideBMX 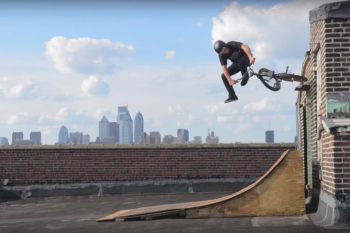 Taking his completes through the Philly skyline 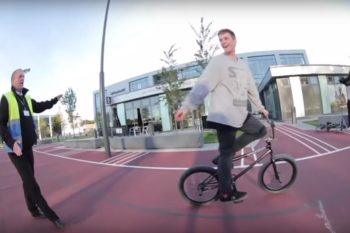 In The Cut - 'We Are Substance'