Filmed and edited by Hadrien Picard

Anthony “Pampa” Abbadie, Ben Gea and Dan Foley set out on a Costa Rican BMX adventure made possible by Lumia Pureviews and their #MakeitHappen (not the OG #MakeitHappen) contest. It's amazing where a bike, camera(in this case a cell phone), and passion for adventure can take you in the world if you let it.

"A video filmed with the Lumia 930
He participated online to the #MakeitHappen contest and his dream became true.
His name is PAMPA, a smiling rider from France who wanted to explore the streets and forgotten bowls of Costa Rica. His desire of adventures was selected and he was allowed to bring with him his friend Ben Gea, one of the most stylish French rider, joined also by our special guest Dan Foley (USA) probably the most elegant pro BMXer.
Pura Vida is the story of their meeting, of their trip in this nation like no other, which gave up its army to focus on a sustainable development and a vision of happiness. No need to tell you that with this fine team in this wild paradise, director Hadrien Picard had everything to make another exotic and entertaining film." - Lumia Pureviews 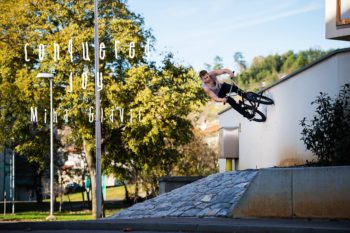 Across Europe for the Shajba crew DVD 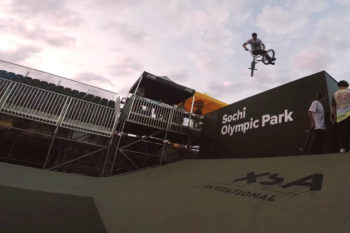 Only time for bangers at Sochi Olympic Park