More from the best jam of the year so far

Another look at the epic Rumble in Richmond jam, this time via GT BMX. Julian Molina sure did steal the show. BMX is so lucky to have that guy.

"Giving away free helmets, helping get kids rolling on a dependable bike, and generally stoking the fire that is BMX… Rad Share is doing it right! When they first announced the Rumble in Richmond, an awesome fundraising event to help Rad Share reach more kids, GT was immediately onboard and ready to give back! We cruised into Richmond with some team riders and a bunch of stuff to give away—including a handful of complete bikes. We were fully prepared for the good times. The day kicked off with the future of BMX… AKA, the kids jam. It was awesome to see a wide variety of riders—in both age and skill, riding together and shredding. Then there was the pallet grind obstacle, constructed courtesy of the Leeper bros, Latane Coghill, and Profile Racing. And finally, the main attraction was the one and only Rumble in Richmond. A nod to classic mid-school dirt jump contests, featuring a behemoth 26-foot set of doubles that required a full-speed sprint just to clear. The level of riding was through the roof from the likes of Tommy Crail, Larry Edgar, Nathan Halahan, Chelsea Wolfe, Mykel Larrin, and more. But the culmination of the event belongs to GT’s own, Julian Molina. After he just squeaked over the massive jump with the assistance of a tow-in by Larry Edgar (which was an amazing physical feat for them both), Julian went to the moon when he got towed-in by a motorcycle! Julian’s triumph earned him the Best Trick win and it couldn’t have been a more suiting way to wrap up an incredible event. Safe to say, a lot of kids went home with some fresh parts (or even a new bike) and at the very least, a whole lotta stoke and motivation." - GT BMX 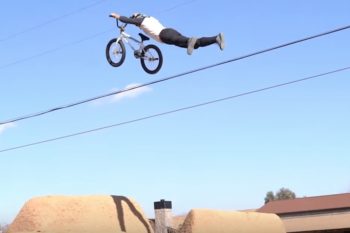 Desert Spring: The Profile crew in an Arizona BMX paradise.

Clay and 'crete shredding in the high desert... 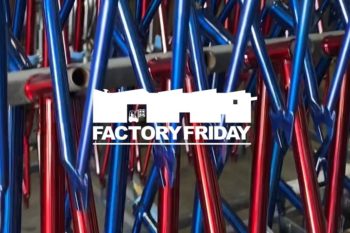