Aaron is the Soldier that Destiny's Child was looking for

Filmed and Edited by Walter Pieringer

Aaron Ross has been killing it for a long time now, from skipping his prom to go on Road Fools 14, to colourful bikes, and more whips and barspins than you can imagine he has always shredded with a huge kid like grin on his face. This part is definitely a reminder that he is still killing it and I bet his etnies part is also going to be a ringer. 'Grow Up' on Mondays with Sunday.

A great example: the barspin in Mexico, pictured above. It has to be one of the most impressive bike riding feats I've witnessed in 20-odd years of BMX. The barspin was wild in and of itself, but the conditions with which Aaron had to contend should have made it impossible. By the time he'd hopped the ledge a few times and was ready to throw the bars, there had to have been 100 people in that little square, most watching intently and filming with their phones while others carelessly cut him off on approach. Everybody spoke Spanish, and the language barrier meant Jake was having little luck playing crossing guard. The crowd booed when Aaron would take a run up. Imagine the pressure! Aaron got it done. -Walter Pieringer 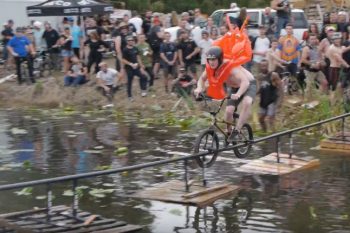 Most fun event of the year? 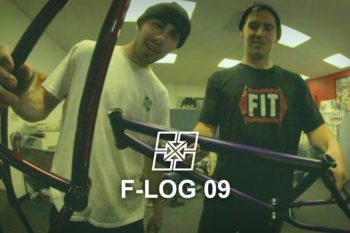