Profile's Mark Mulville breaks it down...

We all know getting sponsored is more of a bonus than a primary goal with riding. Only a small percentage of riders are ever fortunate enough to experience the perks of being sponsored by a bike company, anyway. And that percentage shrinks even more when it comes to having longevity with one. Be it lack of communication, the grass looking greener on the other side of the fence, or even disagreements with new additions to the team (as the recent shitstorm of internet / social media drama has demonstrated), sometimes it can be better to move on.

So it’s refreshing to see instances where the symbiosis of talented rider and company lasts a decade or more. Mark Mulville and Profile is one such example. Mark summed it up pretty well: “I don’t see any reason why I wouldn’t be with Profile until my end of BMX days. They’ve sent me around the world, given me signature products. They’re my friends and family. I’ll be pushing them until the end.” Here’s five things that have kept Mark loyal to his Florida-based parts sponsor for fifteen-plus years:

Profile Racing is a small close knit group of friends and family, who have pretty much been there from the start. I love them all for sure, but one dude who has helped me so much in BMX, life and with Profile is Matt Coplon. Matt is such a huge part of the BMX side at Profile. He loves BMX so much, and that is definitely what's needed to keep it alive. Matt is one of the reasons I love the company so much. You can't help feeling passionate for it when you're around him. He is definitely one of the main reasons I have been so loyal to Profile Racing for over fifteen years now.  I met Matt at Central Skatepark in Clearwater when I was twelve or thirteen. We became friends not long after I started getting flowed from Profile. A couple of years later, Matt took on the role of Team Manager. Every year, we become better and better friends, through all the travel and every type of situation we’re involved together. In a weird way, it’s also like I'm becoming better friends with Profile as a company.

On the road again with Matt and the crew. The Florida Everglades, early 2015.

One of the main negatives with a sponsor is lack of communication, as with any relationship. When you don’t communicate together, it doesn’t work out that well. You don’t know what’s going on, people can lose respect, and it could turn into trips not coming together. Or if it’s consistently difficult to get in touch with someone, you’re on a trip and a product breaks, you either pay for it yourself or don’t ride.  That’s one great thing about Matt Coplon—we chat almost daily, and communication is never an issue.

Thowback to one of the first Profile trips Mark went on, back in 2004. Tight-jean superman-X at Buck's in Erie, PA.

3. Being Part Of Something

I heard of Profile Racing as a little grom, growing up in the Tampa Bay area. At that time, I had no idea that it was basically located in my backyard. It wasn't until I was about fifteen years old that I finally learned where Profile was. I instantly became a fan. Living in close proximity and working there for a bit, you become more part of the company than just a rider representing the products. The rest of the company feels you’re a part of it. I’d go and hang out in the back with the machinists.  You’re not questioned on why you’re there, or feeling like you’re walking on eggshells.

Mr. Mulville dragging that rubber down the white princess in Miami, as seen in the DIG X Profile Miami 2015 edit. Scroll down and give that another watch.

My first thing was the McStallion frame almost ten years ago. To have something with my name on it was a crazy feeling. I also had a stem, which was about eight years ago, some signature t-shirts, seat, and hub colorways.  People riding a part that has my name on it—it’s crazy.

Trust goes a long way, especially when trusting that no luxury cars are passing by after landing a high-speed turndown gap into a Miami street.

You're together for so long that they they trust you, and you trust them. Trust goes a long way. You’re getting what you’re giving, kind of at the same time. You can do a trip, and they’ll take your word that it’s worth it. With my signature stem, I had been with Profile for eight years, and they trusted me with my input.

Mulville (left) literally hanging out on the job at the Profile warehouse with Mr. Coplon. 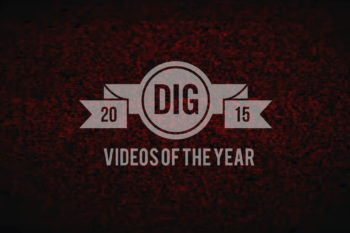 The ones that caught our eyeballs! 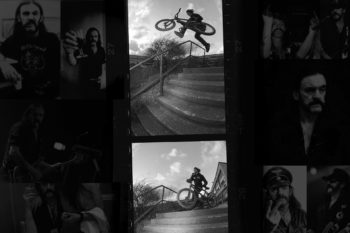 "I was so influenced by Motörhead's music and Lemmy's demeanor that it drove me diving off twenty sets straight to my knees..."