"I was so influenced by Motörhead's music and Lemmy's demeanor that it drove me diving off twenty sets straight to my knees..."

So it is said that legend's never die. Yet Lemmy Kilmister wasn't necessarily a legend, but a God of Rock and Roll. He paved a new grasp for the music industry. Playing louder, faster, and meaner than anyone had ever played Rock and Roll. This speared off into the birth of hard rock and heavy metal into so many genres's of loud, rude and crude music. Touring in bands since the age of fifteen, in 1960 Lemmy lived day in and day out rock and roll for fifty five years. He was infamous for his lifestyle and daily consumption of cigarettes, booze and class A's - Two packs of smokes and nearly a gallon of Jack Daniels a day, plus speed. All while constantly touring the world and putting out over thirty incredible albums. The man was thought to be indestructible. For what he did, he pretty much was. Surviving all of that all the way up until 70 years old is mind boggling. Most rock stars at that age start to take care of themselves. Lemmy toured all the way through to his death; probably the most dedicated rocker to ever live. Earlier this year some thought he might die on stage. There is no other man on earth comparable. In a world of clones and copycats... this is one that really cannot be imitated.

I first recognized Motörhead when I was fourteen in 1998 when I saw Little Devil "Seek and Destroy." Marvin Loterlle and Derek Adams rode to Motörhead's Ace of Spades. It was such an outstanding combo mixing gnarly fast riding with Motörhead. What a perfect way to introduce a young BMXer to Lemmy Kilmister. Later that year he was on a re-run of the Daily Show. I immediately bought every album I could find. I'm pretty sure I am hard of hearing and partially deaf due to it.

You have to be full tilt, mean, fast and loose in order to ride to Motörhead. No Bullshit. Motörhead is its own genre of rock and roll and feeds to only one type of riding. DEADMAN.

During the filming for Off The Map I really wanted to ride to Motörhead. Yet I didn't feel my footage was crazy enough to match up to the tunes. After that video came out I begun planning out a video part that I would feel proud to have Lemmy watch. For 2 and 1/2 years I hustled and kicked my own ass filming for Metal Bikes "DEAD BANG." in order to collect all the clips I needed so that I could ride to Motörhead and not feel stupid about it. It consisted of flying myself to California multiple times to shoot with Navaz. I flew myself to Seattle, road trips to Philly... etc. Always going home in a body bag. I was so influenced by Lemmy's music and demeanor that it drove me diving off twenty sets straight to my knees, and I did not give a fuck. It was Motörhead and I had to go hard. Especially since I had been basing my riding off it since I was 14. I remember driving to Binghamton in 2001 with Seth Holton and him looking through my CD case. He looked at me oddly and said "You have nothing but Motörhead CDs in here." Perhaps it was a bit of a sick obsession, yet I have Lemmy to thank for so many years of motivation. I'm sure many others can say something similar. The amount of energy this man has dispersed into the world is enough to start a Third World War let alone stop one as well.

The man died following his passion to the very end. The amount of respect he is owed is countless. Yet he wouldn't want the world to cry for him. Perhaps he'd want us to play his music full blast, fast and loose. For the BMX world, pedal a little faster on your next ride. Go bigger, and don't give a damn about the consequences. Born to lose, Live to win. Rest in Power Lemmy Kilmister.

I remember driving to Binghamton in 2001 with Seth Holton and him looking through my CD case. He looked at me oddly and said "You have nothing but Motörhead cd's in here."

My baby does the hanky panky! - More Info 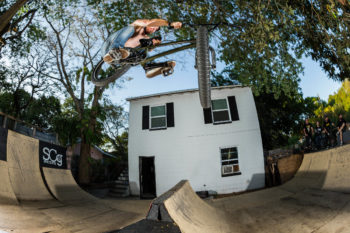 Profile's Mark Mulville breaks it down... 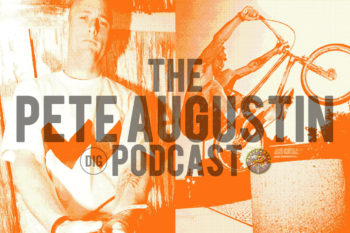