“It was video camera simplicity at its best.”

This is going to sound like a bunch of nerding-out to the tenth degree about video cameras. But when talking about such a classic camera as the Sony TRV 900, I’ll do it anyway. Sometime around the end of 2001, I decided to buy a video camera. This was before HD cameras had become the norm, and it was all about DV tapes and Sony cameras; they were the undisputed ruler of the camcorder market, particularly with their timeless VX series cameras. Post-VX2000 release, Sony was also offering a more affordable three-chip camera called the TRV 900. It almost seemed like every BMX videographer had begun using a 900 at that time. Stew Johnson, Chris Rye, Will Stroud, etc.; Ryan Navazio went through four of them during his early years of filming. The first Animal video was also filmed almost entirely with one.

What made this camera so special? For starters, it was small; you could throw it in any backpack and just cruise (Bob Scerbo, the most diehard TRV 900 fan you will ever meet, still does that often today). Its almost “cheap” aesthetic styling gave it more of an appearance of a video camera that you’d find in a discount department store. You could roll into the greasiest hood, whip out the camera, and not worry about attracting too much attention.

It was also possible to get the then-coveted .3 Century fisheye lens to fit, and in essence, have a look similar to the VX 1000 fisheye (Century also came out with a "baby” death lens around this time, and with the 52 mm adapter ring/JB weld modification, using the baby death helped prevent the front of the camera from potentially being ripped off due to the weight of the regular .3 lens, which was almost the same as the camera itself). That bonus alone could produce similar footage to the bigger VX brothers, at least during the daytime. It was pretty amazing.

But the camera definitely had its flaws, like producing ultra-grainy footage from dusk on into dark and a poor audio quality. The fire-wire input jack is almost sure to fail after a few years of use. And the playback menu’s matte clear coating on the plastic face would wear away after literally a few dozen uses (when buying a used TRV, examining that menu was a good gauge for seeing how much the camera had really been used). Not to mention little things like the "Sony" letters on the side, which would conveniently start falling off after a few years. But the camera is a workhorse, and despite the HD revolution, with a small cult-like following, some are still in use today.

Not long after I bought mine, Sony decided to discontinue the 900 and release the TRV 950. Users of the 900 were excited about the prospect for an improved version. Better in low-light? A 37mm mount for the baby death? Better sound? Maybe even some kind of top handle with start/stop record button? I think everyone was disappointed when they actually saw one and could test it out. Yeah, the 37mm lens mount was a great addition, eliminating the need to modify a baby death lens. But everything else about the camera was horrible. Shitty color rendition. Even worse (!) in low light. Goofy “pro-sumer” features like a pop-up flash for still photos that were probably captured on a one-kilo pixel sensor. The camera was an utter failure. And on top of that, TRV was no longer in production because of its release. Soon, 950s started popping up for sale everywhere and the desperate search (usually in vain) for a used 900 was the only redemption for one’s video capturing ability. Sure, Canon had their GL-2 available, but other than Glenn Milligan (sorry, Glenn), who would want to use that piece of garbage? It was a sad time for TRV die-hards.

Despite being over a decade since their last production run, TRV 900s can still often be found on eBay today. I guess their continued prevalence shows the durability, longevity, and relevance they had, and that they are one of, if not the most classic DV video camera ever made. OK, maybe that’s a personal opinion, and I might be biased because it was the first legitimate video camera I had ever bought, and I may sell mine soon (box included). In reality, there are better candidates for something like the title “best DV video camera ever produced.” But that’s not the reason for recognizing the 900 here. While skateboarding really solidified the legendary status of the Sony VX1000 and 2000, it's safe to say that BMX was responsible for the TRV 900 becoming a classic for affordability, size, and footage quality. It was video camera simplicity at its best. Now if only Sony would make an HD version… 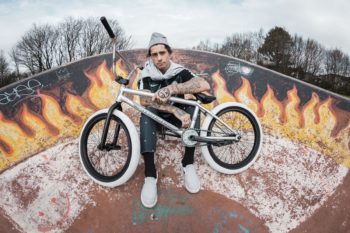 And His BSD Passenger 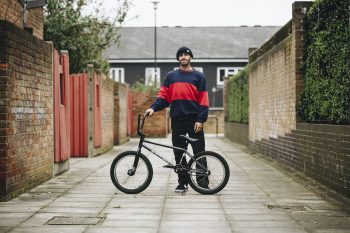 And His FIT Savage