When I moved to California in early 1999, my wildest dreams couldn't have narrated what the next two years of my life would be like. Just like any move, there were stresses- overwhelming job responsibilities, getting used to a completely different way of life, and missing the hell out of my friends and family in NY. Within a few months of moving to California, I also had to deal with the intense, traumatic pressure of riding the best street spots in the world with some of my childhood idols/ riders I looked up to that were in the middle of filming for Nowhere Fast.

Ralph was ecstatic, and vowed to bust his ass and extend his trip if need be in order to come through. The next month was the most insane period of riding I've ever seen, bar none. The clock was ticking, and everyone was basically trying to film their last 5-6 clips around the same time. A 1-2 day period would see Dave Young chucking himself down 100 stairs at full speed, Nate Hanson doing mini-ramp lip tricks on a 14ft. vert ramp with no pads on, and Josh Heino searching Southern California for the most obscure spots and then doing the unthinkable at each one. Ralph's mind-set seemed to be “Fuck, I'm filming for a Dave Parrick video, I'm going to do everything I can at every spot, no matter what." He would pull some great shit, get killed, throw his bike and scream, and pull more great shit. He was getting his part done fast, and dialed.

UC Irvine was still a viable filming spot in 1999, and just about everyone in Nowhere Fast used it for a clip or two. We were there on a Sunday afternoon. Ralph had just bombed a steep as hell 20 stair rail, stairs on both sides, and a huge kink and the bottom… he was on a roll, and decided to go for a grind down a huge 10 stair ledge that connected to a rail at the bottom- feeble the ledge, transfer on to the rail. After several tries it looked he might win, but then the rail bit back… hard. He ended up straddling the rail from probably about a 4 foot drop, missing his nuts but breaking his femur. Did you get that? He BROKE his FUCKING FEMUR landing on a rail.

It was trouble immediately, and within a few hours had started swelling, A LOT. By the next time we saw him, he had a volleyball-sized hematoma inside his leg that was completely purple. It was so swollen that he had to cut his boxers off. Fake name, trip to the hospital, etc. They tried to keep him, if I remember correctly, but no go, he had filming to do. Did you get THAT? Broken femur, STRONG medical advice against doing ANYTHING but being in the hospital, swelling the size of a human head inside his leg… and a Nowhere Fast part to finish. Brutal.

Did you get that? He BROKE his FUCKING FEMUR landing on a rail.

There was tons of memorable things going on around that time, but watching Ralph film twenty or so more clips in that physical state was beyond amazing. He was taking twenty something ibuprofen at a time, and still doing harder shit than most ever would. When you get a chance to watch NF again, keep in mind that ALL the skatepark stuff in his part was filmed post-rail crash, as well as some of the Cali street stuff.

Ralph is something of an enigma these days, and deservedly so if you ask me. BMX is filled with tough, durable guys, but I have never seen anything like that, and doubt I ever will again. 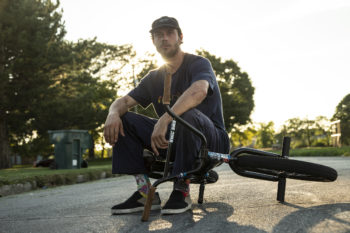 Peep all the deets of the NW street slayer's whip... 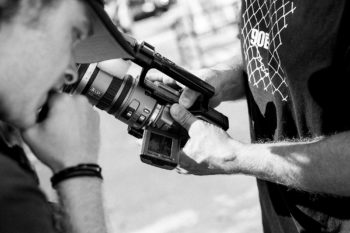