“ I don’t ever feel like it’s time to finish the video. ”

Making videos is something that I decided to get involved with just a few years after immersing myself in the world of riding BMX. Starting with photography, the move to video just seemed to be a natural progression for me after being inspired by videos like Stew Johnson’s 1201, and Dave Parrick’s Dirty Deeds and S&M’s BMX Inferno. I feel like BMX was such a rich and creative subculture back then that it was just something I wanted to contribute to in my own small way, starting obviously with my small scene on the South Coast of England. The web video was something that didn’t exist at that point, and didn’t appear on my radar until I was a fair way in to my video making experience, so creating a full-length physical video of sorts was very much the norm to me for a long time. The format I worked in started with shooting Hi8 and the dark art of editing using two VHS players and a hi-fi to supply the soundtrack. I began using a digital video mixer at college, followed by moving to mini DV format and editing on a computer when I could finally afford one, which continued for years until my employment at 4Down and United, at which point the switch was made to high definition video cameras and shooting to P2 memory cards.

VIDEO VAULT - This Is United Timeline

Despite the ever-changing methods undertaken to produce the finished video, one of the main constants has always been the feeling of holding that VHS or DVD in your hand, knowing how many hours, days, months or even years of hard work on everyone’s part has contributed to earning its existence. Although the scene and small team videos I started making are a far cry from the more recent work I’ve done in my professional videographer role, the full process of its creation is pretty similar. The first thing that springs to mind for me is just how labor intensive it is, and how you have to accept it if you want to take the project seriously, that it’s going to rapidly consume you and everyone you’re filming with, until it’s done. And when is it done? I’ve never spoken to a video producer who feels like they shouldn’t have just worked on a video for just a short while longer than they did. You just have to call it, or let someone else call it for you, so you can finally let it go before it kills you… and to an extent I guess I mean that literally! The longest duration I’ve spent working on one project was United’s This Is United, and by the time I was about a year or so in, I was just disgusting. I was smoking about 30 cigarettes a day, sleeping less and less, and boozing prolifically. In fact, there’s a fair few shots in that United video that were filmed when I was pretty much half cut, especially the stuff in Hawaii. Some mornings out there I’d wake up and go to a bar for a few shots of whiskey whilst the crew were having breakfast just so I could get though the day feeling normal. It sounds terrible when you write it down, but it was like a voluntary madness – you just become the video that you’re making if that makes sense. It’s not like real life at all. I felt like I was living off the grid in this secret world where none of the normal rules applied anymore, and I was just on this bizarre, awesome round-the-world party, making all these new friends, watching amazing riding though a viewfinder, and experiencing a permanent sensory overload of new places and experiences with my friends. If I wasn’t away on a trip, one of the team would be staying here on my floor. It was probably the most fun I’ve ever had making a video, but it’s a lifestyle that can’t be sustained forever, it would run anyone into the ground. For me though, the social side of making a video is a huge part of it, and it’s something I always instantly miss when it’s all over. A tattoo artist friend of mine told me once that if you can’t do your job hungover or drunk, you’re not qualified to do it. I feel like I thoroughly tested that theory whilst filming This Is United.

I suppose that’s a real big difference between the throwaway web video and the full-length production; the duration that you spend doing whatever you’re doing. You fully change your lifestyle and everything you do for a prolonged period of time, and it’s a big commitment. Sometimes it’s great fun, other times you’re absolutely broken by it. It’s funny looking back at how seriously you can end up taking a video about grown men doing stunts on small bicycles. I guess it’s human nature. If you spend enough time focusing all your energy on something, you’re going to want to make it all worthwhile. Everyone’s giving it 110% and you don’t want to be the guy that just fucking blows it for everyone, and in the position of the videographer and editor, you’ve definitely got the power to do that.

Once all the footage is shot and the trips are over, life switches from being constantly on the road, locked into a seemingly endless cycle of trespassing, shooting, sweating and capturing before initiating full throttle party mode, abruptly into solitary confinement, sat at the computer all hours of the day and night. It’s always a strange transition. All I tend to think about at that stage in the process is the video and its progress. I’ll become boring to anyone not involved in the project because it’s all I’ll talk about. Significant others will experience feelings of neglect, and at the time, that won’t seem particularly important to me, eyes on the prize, get the video done. The first dilemma is the music. Going back to my own independent videos, this stage is pretty easy. Sling a Cock Sparrer song in there, some 1980’s Dischord Records-esque hardcore, a Slapshot track, a variety of catchy little numbers you’ve collected over time and you’re away. When you’re working for a company it’s a little different. You have to take the company’s brand image, and input from a very diverse team of riders into serious consideration, and use songs that you’d never normally listen to otherwise. For me, this has lead to somewhat of an identity crisis over time, as people will naturally assume that the music in a video you’ve made will be your choice, but that’s not typically the case. Not to say that I don’t like or agree with what I’ve used in the past by any means, I think there’s a place for all sorts of music in BMX videos. I’m not saying that I think that say, Corey Martinez should have ridden to Cro-Mags in the United video or anything like that (although that would have been interesting), but it’s weird when I’ve meet people who had no idea that I listen to the music that I do, when that is such a big part of my life out of work. A good example is when I met Steve Crandall for the first time. I was shooting Nathan under a bridge in Nashville at the time on a short United trip, and he was giving me a bit of a ribbing for being involved in such clean-cut edits. Anyway, a few days later we crossed paths again in Texas and I happened to be wearing a Naked Raygun T-shirt. He seemed really surprised that we were into the same stuff, and from that point we got chatting about music, old videos etc. and really hit it off. I suppose that goes back to what I was saying about becoming the videos that you make – you can also get compartmentalized by the videos you make.

One of the many long drives, somewhere in America...

I’ve never found editing full-length videos that difficult really, I have a kind of formula that works for me, and makes it fairly painless. As it’s such an ongoing process, I think about the edit a lot whilst I’m out shooting, so I’ve learnt what I’m going to need when I get to the editing stage. It almost makes itself as I’m gathering the footage. It’s usually the final stages that are the killer. Deadlines looming, the bloody thing won’t encode to DVD properly, the menu screen isn’t behaving as it should be, then when you’ve finally fixed that, you’ve just noticed a clip in the video that’s somehow shifted so you have to repeat the whole long-winded process again. The problems all seem to wait for the end of the video and gang up on you as some kind of sour leaving gift.

“ It’s funny looking back at how seriously you can end up taking a video about grown men doing stunts on small bicycles. ”

As I mentioned before, I don’t ever feel like it’s time to finish the video. You always want to keep tweaking it here and there, and the riders always want to add more, or replace old clips with new ones. The worst thing about finishing a full-length video is that you realise how long you’ve spent obsessing over it and to such a ridiculous degree, and you wonder what you’re going to do in the following months without that huge project looming over you anymore. Anyone who’s made a video will know what I mean, it’s like losing someone in a way. All that’s left to do is to rehabilitate yourself back into real life and try to act like a normal person again - who doesn’t eat food from the petrol station every day. - James Cox

Tools of the trade, and the reason videographers and photographers tend to suffer from spinal complaints

• United Down Under DVD

• This Is United DVD

• United Tom Sanders Back Off The Bench Web Section

• Over & Over Short (Personal Project)

Welcome to our world - More Info 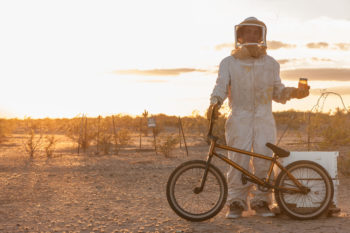 The Process - Jeff Wescott and the Mutiny 'Comb'

As sweet as honey... 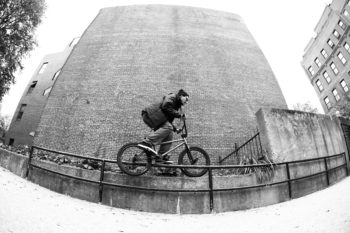 One tailwhip is enough...