One tailwhip is enough...

Words and photos by Rob Dolecki, with additional photos by Bryan Tarbell

After two prior full-length video releases (90East 1 and 'Sound of the City'), 90East just premiered its latest endeavor that takes place in the Boston-area streets, called 'Public Property', viewable exclusively on its site. Animal’s Lino Gonzalez and Abdul Fofanah, as well as Jake Frost, Brett Silva, and Webster Jake, all have standout parts, and the video includes a host of other action from various crew members.The whole video seamlessly transitions from one section to the next, with an unequivocally smooth flow emanating from both the tunes and the riding. 'Public Property' is an exemplary example of what a video that focuses on timeless style and maximum utilization of local surroundings—both on known existing and newly discovered terrain—looks like. Lino G. came through with five facts you probably don’t know about the video, below:

-There is only one tailwhip in the video and it’s in the Friends section by Justin Dickinson. Also note that it’s on soft playground material, which is hard enough to ride without getting anti-hop, nevermind doing a tailwhip.

-In the first section Zack Cooke rides to Edo G, a veteran Boston hip-hop artist. After filming the last clip in his section (rail to switch-rail) we went to a ledge spot and ended up seeing Edo G at the basketball court there with his kids.

-Jake Frost's bench-to-bench feeble-180-backwards-double was originally going to be in his part but he ended up doing a better version of it on a different spot so we decided to use that instead. (Clip appears in another edit with Jake)

Jake's feeble-180-backwards-double; check out an even better version of this in his part. Photos: Dolecki

-The taxicab skitch (in Lino’s part) was not planned. The original line was: hop 360, barspin up the curb, then feeble hard 180 the windowsill.

-Abdul’s song was chosen almost a year ago but it was changed a few times. The change back to the original song wasn’t decided until the day that the master timeline was exported. 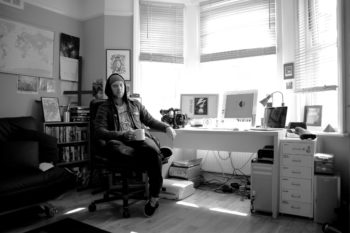 “ I don’t ever feel like it’s time to finish the video. ” 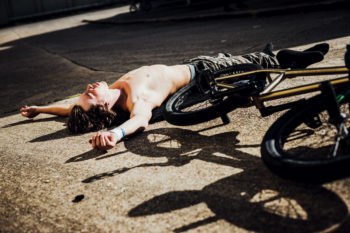