“It pretty much takes my favorite part of riding right out.”

Has becoming a full-time filmer/editor ruined your riding?

"It definitely ruined my riding. I always have to carry a bag now. The demand for content has gotten so much higher that I constantly have to be filming, compared to occasionally like how I used to. I can ride when I get to a spot, but I want to ride between spots, manualing and jumping stuff. I can’t do that when I have a backpack on. It pretty much takes my favorite part of riding right out. If I could somehow teleport my cameras to the spot, and enjoy my day, that would be ideal to me. It doesn’t seem reasonable though. That’s why I barely ever go on trips. If I go on a trip I like to be on one where footage isn’t the only reason it’s happening. That’s why I’m on a T-1 trip in Arizona with Joe Rich, Hanson Little, and Joseph Franz right now. It’s been pretty relaxed.

I know I don’t have to stress; I can just mess around and ride. Things happen regardless. I was talking with Corey (Martinez) the other day in Austin, about how we used to go on trips and ride every skatepark we came across, but no one would ever film anything since it didn’t seem worth it. Now each one of those days would have to be an edit. It seems like there is a lot more work involved than there used to be. If you want to have a job in bike riding, you should be prepared to kind of take it serious. I’m not really from that mind set, so I’m kind of in the middle with everything. When I filmed contests it was overload. It’s not that I wasn’t into it, it’s just stressful when you have to get every single thing that happens. When I had to scramble around, I got over that pretty fast. I also do not want to talk about the Metro Jam incident. (Laughter) Let’s just say that was the end; no more contests after that. If people want to go and film stuff, I don’t really plan on riding. I just separate them now. I take days, or even weeks where I just ride. I won’t call anyone that involves me filming them; I go on my own little missions now. I like when dudes have good ideas, and when someone takes you to a spot that took a lot of work to find and which you’ve never seen before. Sometimes it’s neighborhoods I’ve never been to. I like documenting people’s progress." - BS 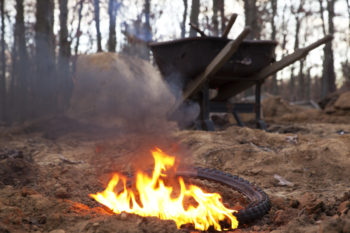 The Life and Death of Panamoka Trails 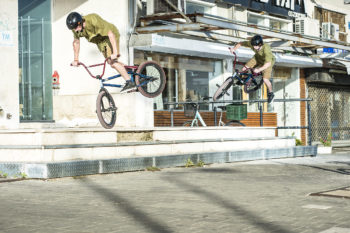