VIDEO VAULT - This Is United Timeline

A Channel 4Down Production / Filmed and Edited by James Cox

We've got something special lined up for you from United on Xmas day but in the meantime we wanted to take a look back at their last major DVD project.

Back in 2013, in conjunction with DIG 94 – The Video Issue, we had an exclusive look at the first ever draft of United's'This Is United' DVD, filmed and edited by James Cox, with the help of a multitude of cigarettes and a lack of sleep. This is what United's Ian Morris and filmer James Cox had to say:

“This is a timeline made in November 2009 whilst we were shooting for the This Is United DVD. It was shown to everyone involved in the project so they could keep track of how much footage they had. This was the first glimpse that the team had of what we had collected for the video so far. It contains a lot of never seen before footage, and a very different soundtrack. Some of the songs were kept on and used in the final version of the DVD, whilst some were used for tests, or simply randomly selected so there was a bit of music playing over the riders' footage." -Ian Morris

“The longest duration I've spent working on one project was United's This Is United, and by the time I was about a year or so in, I was just disgusting. I was smoking about 30 cigarettes a day, sleeping less and less, and boozing prolifically. In fact, there's a fair few shots in that United video that were filmed when I was pretty much half cut, especially the stuff in Hawaii. Some mornings out there I'd wake up and go to a bar for a few shots of whiskey whilst the crew were having breakfast just so I could get though the day feeling normal. It sounds terrible when you write it down, but it was like a voluntary madness – you just become the video that you're making if that makes sense. It's not like real life at all. I felt like I was living off the grid in this secret world where none of the normal rules applied anymore, and I was just on this bizarre, awesome round-the-world party, making all these new friends, watching amazing riding though a viewfinder, and experiencing a permanent sensory overload of new places and experiences with my friends. If I wasn't away on a trip, one of the team would be staying here on my floor. It was probably the most fun I've ever had making a video, but it's a lifestyle that can't be sustained forever, it would run anyone into the ground. For me though, the social side of making a video is a huge part of it, and it's something I always instantly miss when it's all over. A tattoo artist friend of mine told me once that if you can't do your job hungover or drunk, you're not qualified to do it. I feel like I thoroughly tested that theory whilst filming This Is United." – James Cox 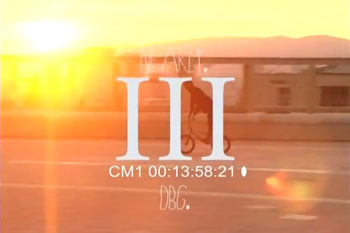 The best things in life come in threes... 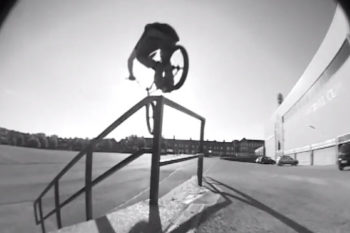 Dope collaboration from Broth and Mutiny filmed in the streets of Yorkshire...