The first Slam Bars rolled out of the S&M factory in Santa Ana, California in 1988. At that time BMX was progressing and evolving at such a fast pace that most bike parts available weren’t able to keep up with what riders were putting them through. S&M answered with the aptly named Slam Bars, which were designed with simplicity and strength taking priority over gimmicks and weight savings.

The Slams quickly soared in popularity both in the racing and the freestyle worlds, and nowadays are widely regarded as the most iconic and copied handlebars in the history of BMX. The chrome bars pictured are the very early ‘Itson’ bar which preceded the (yellow) more widely recognized ‘dancing man’ Slams.

The Redneck stem was also developed out of necessity in 1992 at a time when most bikes were still using cold forged quill stems. The body on these would often spin off the shaft without any warning, making getting through a set of trails like a game of Russian Roulette. The original Redneck still used the old style one inch quill style fitting, but the body was CNC machined out of a single block of aluminium and used a front load dropping design allowing for more insertion with the shaft/body. The very first shafted versions had the body heated up and the shaft shrunk in liquid nitrogen before they were pressed together for a tighter fit. Twenty years later the Redneck has been through several cosmetic changes, most notably the transition into the modern day clamp-on style stem that happened with the switch over to the stronger 1 1/8th fork in the late 90’s, but the current re-incarnation still holds true to the no-nonsense 6 bolt principal that is still favoured globally.

“I had the first pair of Slam Bars as well as the first Redneck Stem ever made on my bike, and I still use both parts to this day. I like simple functional parts and that’s what they are. Back in the day you could buy bars with a Slurpee holder in the crossbar, or stems with hinged Potts mod linkage built in to them. I didn’t need that stuff back then, and I don’t need a 30” wide bar or a stem that required an owners-manual now.” – Chris Moeller / S&M Owner/Originator 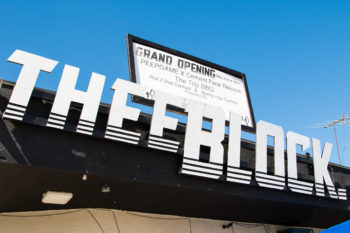 "We both feel strongly about supporting the younger generations of BMX" 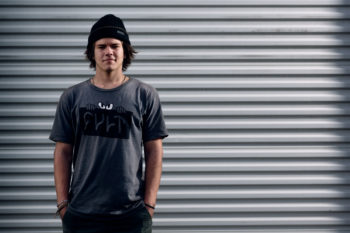 "I was riding some dumb looking scooter frame at the time. Robbie helped me get rolling right!"