15 ways to help get your photos published by DIG

Don't be a double dipper. No editor wants to get sent scraps...

With the ongoing demise of print and even more doors being slammed firmly shut in the face of aspiring BMX photographers we figured it was a good time to re-visit this article from our most recent photo issue. We've made a few tweaks to make things a little more relevant for the increasingly digital age but otherwise the same principles apply - If we like it we'll try to find a way to run it. Good BMX photography has been such an important part of DIG since day one and we'll continue to support photographers as much as we can. In recent times we're probably been getting more contributions than ever so fuck the mainstream view and keep the contributions coming our way. Thanks in advance for the inspiration...

01. Actually include a subject line in your email. Seriously. Emails have been sent to us with nothing but a full-res JPG. Did you just expect to wake up the next day and see that photo on the front page of the site?

02. Be clear as to whether this is something for our website, our facebook instagram or for the magazine that we stopped printing over a year ago (you'd be surprised how many of those we still get). There's lots of submissions that fall in between, and it puts us in an awkward position meaning you're less likely to get no response. (mostly because we're so damn busy)

03. A shitty medium format photo does not beat out a clean digital photo. Props for shooting film, but photos don't get run for the sake of what medium they were captured on.

04. If the submitted photos catch the eye of the editor, be literate enough to follow up with an accompanying set of text and captions. "My Homie on one, that's what's up" does not cut it (not usually anyways...).

05. Don't send photos that have been posted on Tumblr, Facebook, or the killer of all photos, Instagram. If you want to see them published then keep those images on the down-low until there is no chance they are going to get run.

06. It should be obvious, but taking the no-internet-posting mandate to its next logical step, don't submit photos that have already been published in a print magazine or on another site.

07. Pander to the editor. "Hey Will, what's up? I'm just chilling here with my cats eating a vegan breakfast and listening to some old DC hardcore. Downing loads of coffee too! Weather here in Albuquerque is shit, just cloudy and rainy and cold. But what can you do. Anyway, here's this photo of my buddy getting flat down this twelve stair...." He's a sucker for that shit. (Seriously though..)

08. It may also be obvious but do your research on the history of the magazine and website you're contributing to. Look at the photos in the pages contained in back issues along with the galleries on the site and see what is making the cut. Don't necessarily copy these styles, but it's a good reference point. Don't send us photos of someone we covered six months ago either and tell us "they really deserve some coverage". Do your homework.

09. Photos that comprise of an actual article idea have a much better chance of getting run than a few random photos. There are countless random photos by staff photographer's always on deck waiting for a home, so individual photos are always competing with that factor. We even have to tell Rob Dolecki some of his photos aren't going to make it sometimes. Think about that one for a minute before getting upset that your submission didn't make the cut.

10. Never make your first question about money; if that's what's you're here for then you've come to the wrong place - try that next new website that's going to change the world instead or one of the big companies that'll pull the rug from under you without a moments notice. Do it for the enjoyment of seeing something of yours published first and foremost. If your work is good and you're cool to work with then you've at least got a foot in the door.

11. Understand that unless your name is Ryan Worcester (DIG 19) or come to think of it, Connor Lodes (DIG 97), your first ever submission will probably not get used as a cover photo or anywhere in print or on our home page just yet. Keep trying though. Ask specific questions on what you can do to improve your photos. "What do you think?" is not a specific question.

12. Remember to shoot photos for the fun of it. Your motivation will show through in your photos – a bored photographer makes for boring photos.

13. Editors live for unique and exclusive content, and readers don't want to look at the same thing online across different sites. Sending exactly the same photos to multiple websites won't get you anywhere.

14. Don't be a double dipper. Provide as much info on your submission as possible, like if other photos from the same session have been sent to another site, or a similar article is being run elsewhere in print or online. No editor wants to get sent scraps.

15. Once you think you have some photos as good as or better than what you see in these pages, send 'em through. If they're good enough we'll definitely want them. Make sure the email resembles the English language in some way, and properly label the rider's name, locations, etc. Send low res JPG files to: INFO@DIGBMX.COM and as a wise man once said, hold tight - be lucky! 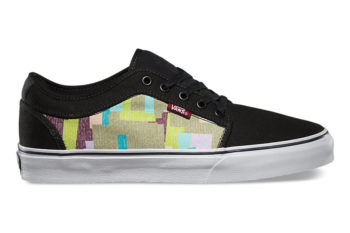 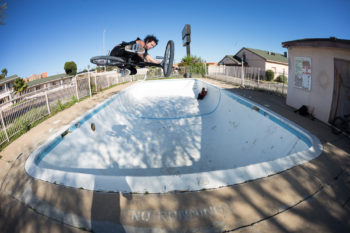