The one that got away...

Intro by Will Smyth Photos and captions by George Marshall

When it comes to working with photographers at DIG we've always had it pretty good. In fact over the years we've been fortunate enough to work with pretty much every BMX photographer that we ever wanted to work with. Wether it's been the likes of Jeff Z and Mulligan back in the early days or Sandy Carson, Ed Docherty, Manu Sanz and Ryan Worcester in our prime, and not forgetting our lifers such as Ricky Adam, Fred Murray, Vince Perraud, Rob Dolecki... and of course the endless line of amazing contributors, new and old, whose photos have graced our pages both in print and online. Yep, pretty much every photographer we've ever wanted to work with... everyone except for this guy - George Marshall. He's been shooting BMX since 2007 but George's work really came into it's own In more recent times through the pages of The Albion. In fact, "I wish George worked here", was a regularly overheard line of conversation in the DIG office during that time.

After a  big year of changes for both of our publications we were finally able to announce George as a regular DIG contributor. It took a while but we finally got our man. He has just launched his own archive website of 900+ published photos that catalogues his last seven years shooting. While going through the hard drives and sheets of film, he found these photos that never made it to print and have been unseen till now. Enjoy.

Look for lot's more from George with DIG and in the meantime check out his incredible archive right here: georgemarshallarchive.com 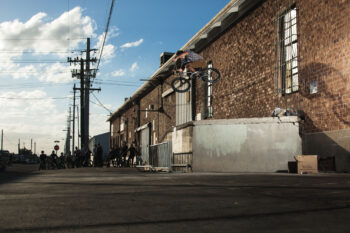 Street Jams and the inevitable revival of fun! 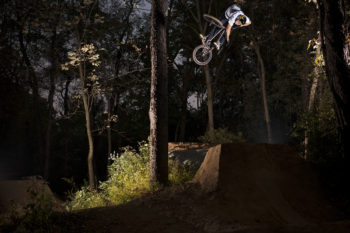 Photos from the trip that almost didn’t happen...