"To be asked to ride for them is pretty unreal" - Jonny Devine: Welome to S&M

Making moves in the UK

Interview and Photos by Jason 'Fooman' Colledge | 4Down

I can’t remember how long I’ve known Jonny for? It must be a good ten years…  My visits to 'The North' to stay with a good friend Ryan Alcock would lead me on to my introduction to Jonny. I must have been about 17 or 18 at this point. I always remember seeing Jonny ride and him being that guy that had the style and the timeless tricks dialled. Fast forward and the style has developed along with the execution of these tricks not to mention some new ones I was un aware of on my recent visit. A pleasant surprise.

I bumped into Jonny on the F-UKIT shop store tour in Wigan at the recently featured backyard pool. I clocked him straight away after dropping in and riding effortlessly with that stand out style.

Myself, Phil Martin and Peter Adam were fortunate enough to spend a couple of days with Jonny before and after YoYo's pool party, giving us a chance to see how things are on the regular, and to chat about his sponsor switch over to S&M BIkes.

How’s things with you? What have you been up to?

Yeahhh all good man cheers! I just got back from a long weekend camping trip in Devon, which was a real good time!

You left your long-term sponsor Verde and made the move to S&M. Care to shed some light?

Ah man, I’ve had some of the best times with Martyn, Lima and priesty over the years so it was a real hard decision to make and I can’t thank verde and Martyn (Tambling) enough for everything they did for me! On the other hand S&M has been one of my favourite company’s since I was like 17 and it’s not often a opportunity like this comes along... I rode S&M’s before I was riding for anyone and would have bought one if I wasn’t riding for anyone, so to be asked to ride for them is pretty unreal and I’m real grateful to all the guys at 4Down for the opportunity!

Where are you located?

Costa del Preston (the UK's Mecca of the North)

Got any Interesting facts about the place?

Well... where do I start? First KFC in The UK, first bit of motorway in the UK, longest bus station in Europe the list goes on. but My personal favourite, we’re home to the 3rd biggest church spire in England. Yep you read that right number 3! Boom!

The scene here has died off a little over the years which is a shame because it used to be rad!  I guess finding time is hard when you get older and have other priorities but there’s still a quite a few of us that are riding regularly and there’s always someone to ride with so it’s not all bad haha! There’s a couple of younger dudes floating around that rip as well so there’s still some hope!

How does an average week go for you?

Doing the ol’ 9-5 through the week so I usually ride a handful of evenings each week then will normally hang with the misses on the weekends go for a pedal somewhere in the Lake District or something along those lines haha!

What do you do for work?

I work in a bike shop, usually trying to fix broken electric bikes...

What do you do when you’re not riding?

Haha usually ride still... I got into mountain biking like 4 years ago and my girlfriend got pretty into it too. There’s actually a real good MTB scene up here so usually riding MTB if I’m not riding BMX.

Tell us about your beige food...

Hahaha! Mate pizza has a bit of colour to it! My diet is bad but its definitely improving!

Got anything you’re working on?

I’m feeling pretty motivated at the moment and want to start filming an edit of some sort. I just need to learn how to set up my camera properly and figure out Premier Pro haha!

And, any trips coming up?

I think there’s some stuff in the pipeline... talk of an S&M uk trip which would be sick! Other than that Fooman is pretty motivated to do stuff even if it’s little weekend ms away so I guess there will be a few things happening through out summer!

Tyres: S&M Mainline on the front and a Demolition Hammer Head on the back 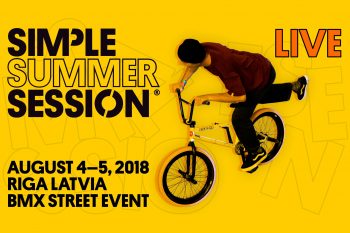 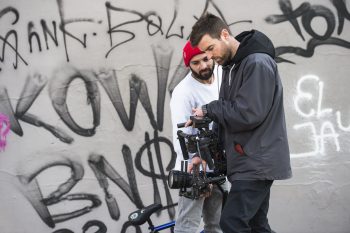