"Everybody Get Ready To Dance And Ride The Bikes"

Filmed and edited by Peter Adam | Special thanks to 4Down

Dave Arnold has been a part of the UK punk/hardcore, BMX and skate scenes since the early eighties... and has been a long time friend of DIG. The ex Jailcell Recipes bass player went on to build a bunch of UK parks and event courses over the years and around 2002 he decided to build a little slice of California in his own backyard, near Wigan in the UK.

Over the years it fell into a state of disrepair, and disillusioned by the division and lack of real life connections he sees in the current UK BMX scene, he recently decided to clean the Pool and get a bunch of old and new friends together for YoYo’s Pool Party, 2018. Longtime friend Alan Woods  from, Alans BMX got involved and pulled in support from 4Down, Seventies and more.

On the day the likes of Mike Curley, Jonny Devine, Tom Russell and Fathead mixed it with various UK legends such as Owain Clegg, Ian Morris and Chris Mahoney. Good times and tunes were provided by Double Dutch and entertainment from ol’ Donnie Dummy The Dictator kept the good times going long into the evening.

Dave would also like to thank Northern Beer Temple and The Coven. 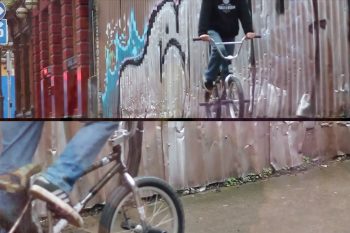 Doing it for The Boardroom in Ireland 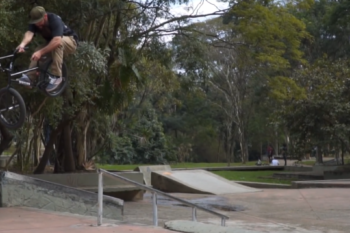 5 insane days in the streets of São Paulo