Doing it for The Boardroom in Ireland

Filmed and edited by Michael Haran for The Boardroom

The latest in our DIG LOCALS video series comes from our original home country of Ireland and features Chris O’Neill - yet another up and coming shredder who is flying well below the radar outside of his own scene. Here’s what the filmer Michael Haran, and  long longtime Irish scene kingpin (and the man behind Ireland's main BMX store The Boardroom) Derek Johnson, had to say about him.

“It’s been awesome having Chris added to our shop team and we always knew he had some special talent since his riding stood out amongst the rest. He's the nicest kid and very humble with a pro-active outlook to what is possible, His riding alone is pretty much miraculous since he lives in the middle of Ireland, nowhere near any majors scenes that have existed. Check this out with the knowledge that he's pushed himself so hard for the last year along with Michael working hard behind the camera.” - Derek Johnson

"Chris O'Neill has been added to The Boardroom Team since the end of 2016 and from seeing what he could do via his instagram feed, and at local jams etc, I knew that he would definitely be able to film a seriously wild part. Shortly after this I hit him up and he was down to put in some work. He's a very laid back guy that can come across as quite shy but that's put behind him when he gets on a bike. He has spent countless hours going back and forth with me trying to nail some of the hugely technical lines along with the wild clips he's managed to pull off. He has gone beyond what I thought was possible and I'm so stoked to finally show everyone what we have been working on over the last 12 months." - Michael Haran 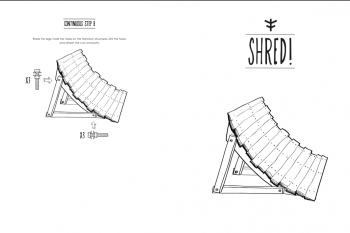 How To Build The Coastin' Ramp - Flybikes

Now you can build the ramp with Sergio's help 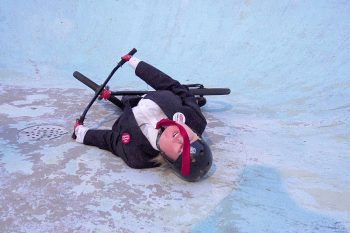 "Everybody Get Ready To Dance And Ride The Bikes"