Greg Barnes from Nothing's Wrong Zine sent through this rad video from a two day pool cleanup/sesh in Melbourne that will be sure to get your creative juices flowing. Watch himself, Ben 'Beechy' Hoysted, Cal Egginton, Nate Walker, Lex Dowley and friends tear up some blue tiles all in the name of fun. Doesn't get much more awesome than making your own good times. See the Snapshots gallery here.

"The Buck 70 pool was documented in the space of 2 days.

Day one was a drainer, whilst scooping the pool dry we were spotted by an irate neighbor who served us a torrid abundance of irrational claims including an accusation of painting graffiti (which on first glance appeared to be a year old, based on the '16' thrown up in one of the letters). This progressed to us meeting the landlord, a rich young professional, who was surprisingly understanding as to why we were hunched double, knee deep in brown sludge. The nosey neighbor was snubbed and a quick conversation involving a liability waiver agreement gave us the green light to come back that Sunday with a group of heavy hitters for one day of shralping.

Ben 'Beechy' Hoysted, a full-time, spiral staircase building Dad, who's abilities on a 20" supersede most, found the pool whilst driving around Melbourne's suburbia between jobs. He discovered a 7 foot deep, vert, brick coping, blue tiled dream with $1.70 lying next to it.

The pool's surface was incredibly slippery and sessioned without any 'coking' or slip prevention. Cal 'The Eggman' Egginton wowed us all with various barspin variations and proceeded to session the thing like a mini ramp. Nate Walker utilised the slick surface for tyre slides and skids on the face of the coved waterhole, Lex Dowley skated the thing effortlessly considering the surface in question and Beechy got inventive with what we believe to be a pool NBD (never been done), pulling a pocket air to stalled out toothpick in the deep end, among footjam nosepicks, manuals and caveman drop ins. 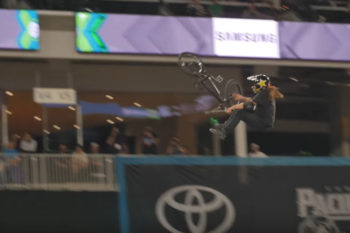 Sending it in Minneapolis 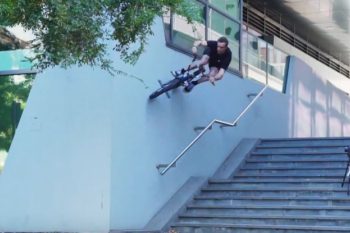 Two weeks down under with Erik Elstran, Chris Childs, and Brett Silva