Watch the full video and take in a few facts about Chapters I and I.V...

Six continents, and this is all ya got? - More Info

A few months ago, I put together Chapter I of a little D.I.Y. photo ‘zine series called MAINTAIN, featuring some personal favorite photos I've compiled over the past few years. After it was released, I wanted to make a video promo of sorts with some of my video souvenir collection from travels over the same time period, which is basically a compilation of randomness, some friends and myself during travels both internationally and domestically.  After throwing everything into a timeline, Chapter I.V magically appeared (sort of).

Here’s a few random facts about  the Chapter I photo ‘zine, and Chapter I.V promo (above):

Mere hours before boarding a plane back to Germany (after regular flight schedules had just returned back to normal in and out of Kiev, Ukraine), Max was still lurking around the Kiev streets and firing out beastly ledges like this.

Almost stuck in the Ukraine (I and I.V):

About 24 hours after Luc LeGrand, Max Gaertig and I arrived in Kiev, the Malaysia Airlines Flight MH17 crashed after being hit by a missle over eastern Ukraine. It was definitely a surreal experience being so close to the tragedy. Since all flights in and out of Ukraine were halted indefinitely, none of us were really sure how we were going to get back home, especially Max, since he was there for only five days. Being stuck in an awesome city like Kiev wouldn't have been such a bad thing though. But by the time Max’s scheduled flight day arrived, all flight schedules were surprisingly back to normal.

DIG Low Profile allumni and A-Town Trash rep Fateem Williams has been living in Philadelphia for a few years now, and growing legendary from the street stunts he's pulling all around the city on a daily basis. His upcoming A-Town (P-Town?) Trash video section is going to be outrageous.

In Chapter I’s center spread, the quote “No journey is too great when one finds what he seeks” is attributed to Prince Akeem of Zamunda, the main character of  the 80’s classic “Coming To America”. While it’s well-known that Friedrich Nietzsche is the originator, it only felt appropriate to credit it to, like, one of the greatest movies of all time.

The time span that Jeff Kocsis, Conall Keenan and I crossed the border of Israel into Egypt and back was actually closer to 50 or 51 hours. But “48 Hours In Egypt” sounds better, and it was the only way a priceless Nick Nolte voiceover would work.

One of my personal favorite photos in Chapter I is the Mulville no-foot can through the tree jump in Buga, Colombia. That jump disappeared not long after. Those trails were in a city park, which was renovated a few months after the photo was shot. That included demolishing the trails and relocating them to a different area of the park, which now boasts a new concrete park complete with a trails section around the perimeter.

Not Mahwah, NJ. Joby Suender letting a steep-as-fuck rail fly in between pedaling all throughout North Philly.

In Chapter I, Mahwah, NJ is the stated location for multiple photos. None of those are correct. It’s been an ongoing inside joke that spans many years, and also multiple DIG issues, for any spot where I didn’t feel I had the right to expose the location, or out of request by the photo subject to keep it anonymous. Mahwah was simply chosen as the go-to since it’s in the same county I grew up in, and the largest municipality land area in Bergen County. There might be some gems there, but none I’ve ever shot photos at.

Max has the first and last clips in I.V. Why? Because of the fact that he likes to spend most of his limited vacation time off from his full-time job finding and riding obscure spots in various parts of the globe like here in Melbourne, Australia. 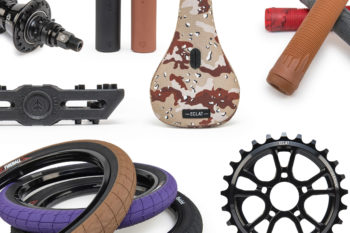 Fresh as the newly fallen snow 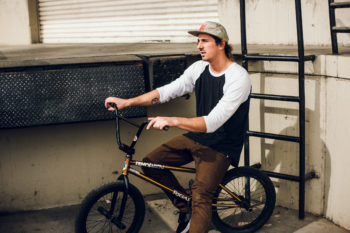