'The Extra Mile' - A Story of Passion and Resilience

Pascal Lafontaine was a truly incredible human. His relentless motivation in the face of major adversity was an inspiration to all. Following on from being diagnosed with cancer back in 2015 and then a leg amputation soon after, Pascal stunned the bike community in 2019 with the release of his unbelievable comeback video. We aren't talking average riding either - this was technical riding beyond 99% of most people's ability and burly moves that even Sean Burns would be proud of. Now his good friend and photographer Pierre Gauthier has honored the memory of Pascal with this incredible book documenting his struggles, victories and final moments. The book is available now via Embassy MTL. Scroll down to see the details and also a beautiful mural created in Le Taz skatepark.

Also, if you can, please support this new Foundation set up in Pascal's memory HERE.

"In 2015, longtime friend and pro BMX rider Pascal Lafontaine had a right leg amputation. Chained by a Sarcoma cancer diagnosis, the doctor then gave him a few months to live. Three years later after learning how to walk, Pascal proceeds to do something incredible : he relearns to ride BMX with a prosthesis and, in the two following years, pushes street riding to its limits, in between chemotherapy and radiotherapy treatments. Following his video part, he was named “ Rider of the year 2019 ” by DIG BMX magazine. This book contains the photos captured during the filming of his video on more than 25 street sessions and the story of his journey. His odyssey is a testimony of passion and resilience." - Pierre Gauthier

Working with the University of Montreal, Pascal’s parents have created 'Le Fond Pascal T Lafontaine' which will take donations to finance research for a cure for Sarcoma Cancer. Touched by his story, the action sport community put together resources to celebrate Pascal’s life. A memorial was painted by Montreal artists, HEST1 & STARE, the project was directed by the Embassy MTL team with the support of Vans Canada, le Sino store and, le Taz Skatepark where this great cultural piece will inspire generations to come. 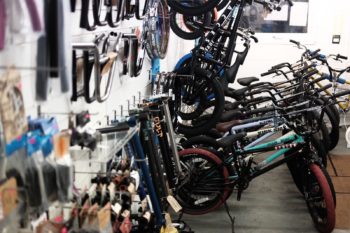 WALLER BMX - "You have the choice to support what companies are in line with your own ethics." 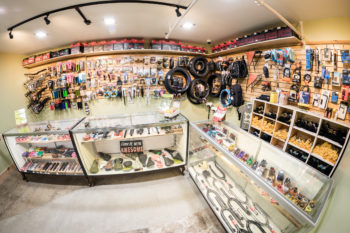 "We're big on giving back to who supports you" The Wheel Mill, Pittsburgh