Back in 2015, after filming a couple of head-turning video parts, Canada's Pascal Lafontaine was diagnosed with bone cancer and had to undergo the horrifying process of losing his leg. Understandably he thought those videos had become the last he'd ever film.

After three years of rehab he learnt to walk and even ride about on his bike, all while going through chemotherapy and dealing with 15 separate foot breaks. He is still in chemotherapy and trying different treatments but he managed to relearn how to ride with his prosthetic leg and slowly but surely got back his skills on a bike and filming whenever he could.

Fast forward to a few weeks ago and Pascal emailed us asking about a DIG exclusive - needless to say we couldn't believe our eyes when we saw the footage he had been collecting. If there's one video to watch this year, it's this one. Nothing is impossible. Sit back and enjoy some of the most incredible and inspiring bike riding from one of the toughest people out there. Look out for the full story in the next print issue of DIG, coming soon. 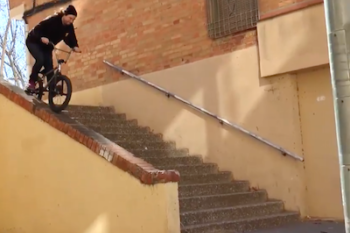 The Bonesaw and Hot Carl out in the streets 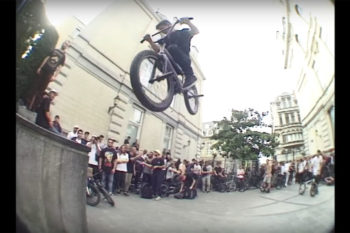