Re Print: When Nutter Got Bit By A Shark

“It was just one of those things"

The bite in question. Might be time to use Magilla’s flowbee on Nutter’s chest.

Six years ago, Nutter got bit by a shark. “It was just one of those things that you just kinda don’t really know how it happened. It was really quick,” he says.

One moment, James P. Nutter was swimming in the ocean, and the next, his arm was in the mouth of an 8-foot long Blue Shark. Fortunately, Nutter watches enough Shark Week on the Discovery Channel to know what to do. He started hitting the shark on the nose between the eyes. It’s not a proven technique, but does seem to startle the shark into realizing that the intended meal isn’t worth fighting for. And before he knew it, the shark had let go of his arm. “I just felt quick pain. Their teeth are pretty sharp so my arm was like butter to it. Before I even knew what happened, it was over and the shark split,” he continues.

Nutter was pulled from the surf by friends. Following a beach side tourniquet and a quick ride to the hospital, Nutter was lucky to still have a hand. But recovery was long and arduous. “I suffered a lacerated ulnar nerve, cut tendons and ligaments and heavy muscle/nerve damage. It eventually lead to 78 staples, nerve graphs from my right ankle and my hand almost dying. I’m really lucky to still have my hand and have enough strength to ride.”

Fortunately, Nutter did make a full recovery, and enjoys his time riding the trails, building new trails throughout the US and keeping his shark story under wraps. “I don’t really brag about it. It’s not really a cool thing. It’s pretty haggard and gnarly, so I just keep it under my sleeves,” he says. He also holds no grudge against his hungry adversary. “They’re animals. They’re just fightin to survive too, and I can’t hold that against them.” He has also made several returns to the ocean.

And when asked if he had final thoughts on the topic of shark bites, Nutter didn’t hesitate to inject his fine brand of humor, bringing light to his encounter by mentioning a fruit snack made by Betty Crocker for kids. “Shark Bites are delicious. They can be found in your local supermarket in the snacks section. I like the white ones myself...”

Maybe Nutter should be riding an FBM Maneater while roasting this set of legendary PA trails back in 2008? 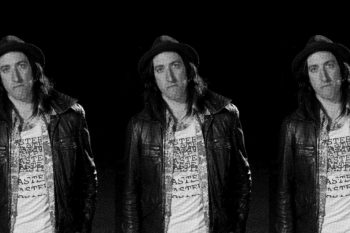 Dedicated to the riders who have truly influenced bike riding 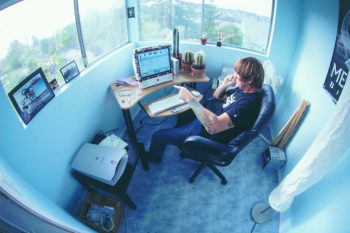 The story behind the Metal Bikes Lost tapes

Why the early 2000's were such a ground breaking classic time for BMX...