You may recognise Keiryo from Instagram and spinning so fast his head looks like it may depart from his neck. We thought it was about time we checked out what's under his feet when he's hitting those high RPMs. Scroll down for his Wethepeople Utopia build...

How would you describe your riding?

I think it's just freestyle. When I first started BMX, I watched Matthias Dandois on YouTube and was influenced by his style for sure. All the riders in my hometown were very close, so street riders and flatland riders were riding together. These two reasons have influenced my current style. I don't know if I'm a street rider or a flat rider honestly, I’m just a BMX rider.

Favourite part and why?

The new Wethepeople Utopia Hybrid frame is perfect for my riding. Its super lightweight and the geometry is the right mix for flatland and street riding. I’m riding the 20.5” version which at first I thought was too long for me but it’s actually working out perfect. The colour is also insane!

Can you tell us more about the Utopia Hybrid Frame? You were involved with the development right?

Yes, I received the first sample when I joined Wethepeople early last year. We wanted to make a frame which was not only good for modern flatland ridding, but strong enough for street, park and younger riders. It’s a “hybrid” of all frames. I tested it along with the rest of Wethepeople’s new flatland team to make sure it’s perfect. We changed the geometry a little from the first sample and Wethepeople created this crazy light hydroformed tubing which makes it insanely strong but also one of the lightest frames I’ve ever ridden. For a guy like me who mixes up street and flatland, it’s the perfect frame for me.

I’m in love with the new Hybrid Freecoaster form Wethepeople, it’s the best coaster I’ve ever ridden. So light and solid, unlike anything else I’ve ridden. Its works like a cassette hub but Wethepeople engineered some really amazing upgrades into it to make it function perfectly as a Freecoaster. It’s a super lightweight hub that rolls fast, which helps a lot whilst spinning haha! I’ve ridden and broken a lot of Freecoasters in the past so it feels good to be able to ride a Freecoaster hub I can finally trust.

You’ve done some pretty wild flat ground tricks on Instagram the past year, which is your favourite?

Hard questions. Probably Cab 720, Hop 720s, and Hop 540s. These have been my dream tricks for a long time, but I've done them all in the last year. I never really planned to do a Hop 720 but when I tried to do Hop 540 to slider, I just happened to do it which was a nice surprise. This kind of thing happens to me a lot where I learn a trick by accident, it’s one of the reasons why BMX is so interesting. I actually switch my feet around between street and flatland, which might look weird some times, but I think it has helped me to use both feet better.

Do you do any modifications to get your bike how you like it?

I think I cut the bars 1cm each side.. I'm always keeping the chain tight because when I do flatland, if the crank comes around, I will injure my legif it’s too loose. Other than that I just ride it as it comes.

What plans do 2021 have in store for Keiryo Kudo?

I want to go to Cologne and Paris someday, not necessarily this year. In other words, I’d really like to do a European tour. I want to meet more riders around the world. It might cost a lot of money but it will help me with my English haha! For now I just want to ride every day and have fun on my bike and keep pushing my riding. 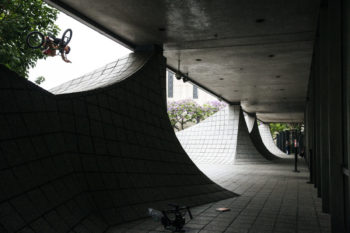 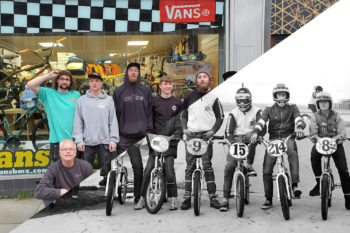 How to Stay Relevant in BMX for 40 Years - Alans BMX, UK

Keeping it Hardcore in the North West of England