And his Fly Bikes Sierra

Ever wondered why Sergio Layos keeps a 4 year old cake in his fridge? Find out below. Oh, and also take a look at his Fly Bikes Sierra build, decked out with Fly Bikes parts in that gorgeous warm grey.

What are the first three things you did today?

First things first.. Coffee and my morning routine of exercises to start the day right and then walk the dog.

If someone wrote a biography about you, what do you think the title should be?

Endless ways to hurt yourself doing what you love. Or something similar haha.

If Hollywood made a movie about your life, who would you like to see play the lead role as you?

I would love to see Brad Pit actually playing a not so cool and a normal character... and I would like to see him doing turndowns.

What would I find in your fridge right now?

I have a little cake that I got for my birthday like 4 or 5 years ago when I first rented the apartment and I’m amazed that is hasn’t gone bad and looks just like it did the first day. Sometimes I’m tempted to try it.

When you go on a trip, when do you pack your case?

I want to think that I pack everything in advance but most of the times it is a last minute thing but I became kinda good at it and usually I never forget anything.

One of the most ridiculous experiences to happen to you on a trip?

Once we missed the bus to go up north and ended up driving my friend's super old and beaten up car. We had to get behind a truck to be able to go as fast as them and we got pulled over for that, the cop was amazed with how far we had gone and how far we wanted to go but he thought we were a bit suspicious and searched everywhere till he found a huge scab that my friend had in his wallet from a crash and he kept it as a joke, cop got it out, touched it, smelled it and then realized what it was and asked to my friend what it was. My friend told the cop that it was a piece of leather... I will always remember the face of the cop.

What invention do you think will revolutionise the BMX world?

I think if there was something that I thought would be revolutionary, I would have tried to get Flybikes to make it... but maybe tubeless tires?

How would you explain what BMX is to an 80-year-old person?

It’s like the pleasure of taking ibuprofen for your back pain with the funny feeling of drinking wine with friends but on a bicycle, and that probably will give you that back pain that you are feeling.

After so many years riding, what do you miss on BMX today?

I do miss when everything was cool.. you could see an event where there was someone riding 4 pegs and both brakes and was cool and then you could see someone that will ride completely different and we all appreciated it because it was called freestyle for a reason. And I don’t miss having to modify bike parts to make them fit - like cutting down dropouts and drilling holes in the rims to make the bike lighter.

If aliens landed in front of you and offered you any position in government on their planet what would you want?

Maybe a position where I could make the world a fairer place... also a world where a good bowl in every town was mandatory haha.

Barspins with one foot on the rear peg.

I have always dreamed about doing x-up to lookback opposite 360 or one foot table opposite 360s... more of a combo than a trick but still today blows my mind how good Mike Aitken made BMX riding look.

Easy one! All along the watchtower.

Your last phone call was with...

Mom, family is the most important thing!

Can we see the last three photos taken with your phone? 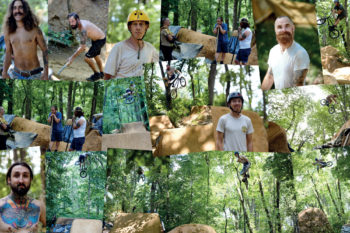 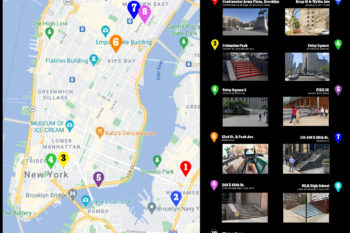