Ten Things You Didn't Know About The Ciao Mixtape

Eagerly checking back on one of the Ciao clips that Ben Francke captured.

Facts and photos by Merlin Czarnulla

"Seooo". "Kiiaaa". "Seehow"... I've seen a lot of people look at the Ciao sticker over the last half year and exclaim a variety of mispronounced gibberish and then throw a confused look at any German in close proximity. To clear things up, Bruno Hoffmann and Merlin Czarnula's joint venture is meant to be verbalised like so - "CHOW", meaning hi or bye in Italian. Now we've got that cleared up we can leave Merlin to explain some more about Ciao and you can feast your eyes on some of the photos he's shot during the filming of their mixtape. Make sure you check back next week for the online premiere of all their hard work!

There's not much room for the bars but Bruno get it done on Frankfurt‘s most famous wall/rail-combination.

1. Together with the mixtape we‘re going to launch a full collection of clothing featuring two shirts, beanies and zip-hoodies. The stuff is going to be available on our website which you‘ll be able to find at www.ciaocrew.cc

2. We had several people asking if we were a graffiti crew though none of us can actually write graff. Mad shoutout to Darth Vraqk who took the time to fill a blackbook with Ciao Logos and let us pick the best one!

3. Two members of the crew already committed 100% and got a Ciao tattoo. Down for life!

4. Ciao is actually Italian and means hi / bye. In Germany it is used when something is so far out of the ordinary that it is not possible to comprehend anymore. If someone does a 40 stair rail, that's Ciao. Coincidentally Ciao also means far gone when you're talking about getting hammered.

5. During the ECB opening riots one riot cop got stickered and did some great promo for us the whole day.

If you don't know now you know - More Info

Vorsprung durch Technik! After some serious swearing and bike-throwing Bruno got this techline at the ghetto spot and a local gypsy roared with cheers!

6. The Mixtape features spots in Germany and Belgium plus a few clips from Spain. The first trip we took for the video was to Brussels and although we went to the same club four days in a row we got lots of stuff done in that week.

7. When we were in Barcelona to shoot Bruno’s Freedombmx interview, Markus Wilke was more than eager to get a guest clip, which didn’t quite work out. He was so ashamed that he felt the need to come back there just to get one for us which didn’t even end up in the mixtape. But don’t worry: we have other big plans with this OG!


9. At one point during filming a group of policemen in swat gear approached us thinking the camera Ben films with was a gun. After they realised their mistake they went on and heckled some russian guys instead.

10. When we filmed Bruno’s 540 halfcab manual 360 at Frankfurt’s ghetto spot we borrowed a broom from one of the local gypsies. When he took us behind the building to give it to us we were greated with a Mad Max like scenario. People were shaving each others beards with rusty razorblades...

Munya Zana opens up the friends section with this tree carve. He almost killed himself on all the crazy front end stuff he tried during filming.

"Darth Vraqk designed plenty of Ciao logos for us and this is the one we stuck with and scanned. No stock font bullshit whatsoever." - Merlin Czarnulla

On one of the first attempts Tom (aka Slayer) lost balance and actually fell into the little pond on his right. If you look closely you can even see some water still left on the ground. With freshly dried shoes and tires he got the 180 bars done just a few minutes later!

Sebastian was sweating this kinkrail/ledge combination for a while before he decided it was time to man up and get it done. One nasty bail & one succesfull attempt later he was celebrating his victory with the crew.

Felix Reinhart aka Pocher might be one of the lesser known guys of the crew but his bike control will make him a household name in no time. Pegs to Tireride on one filming trip to Riedberg.

"When we were in Thailand last winter this guy was waiting around so we put a Ciao sticker on his Tuk-Tuk and made sure he was repping hard for the photo." - Merlin

In typical Slaytanic fashion Tom Schorb-Mergenthaler went ham for his section and did some unexpected shit like this fastplant to smith to nose.

The man with the biggest hands on the planet gets tech at one of Frankfurt‘s hot spots. Feebs to Gturn over the L.

All it took for Dima to get his bangers for the mixtape was one day and two rails. Dangerous rail feebs from the Ukrainian shredder. 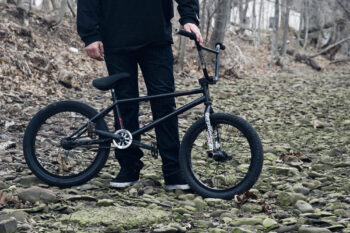 "Half the dudes on Fit are now riding one" 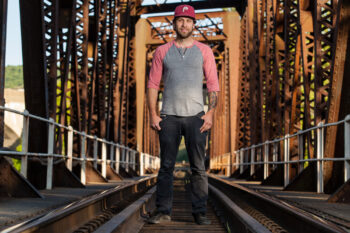 Re Print: Stauffer's got nothing to offer?

Looking back and catching up with a true trail riding pioneer