The Story Behind Sean Ricany And His Move To Cult

"it's a family, so we are protective of what we have built."

Ricany, Veesh, Dak and Grant reviewing the footage, which you can see for yourself on March 1st.

It's a minefield out there. When it comes to expanding a team of riders it would seem the world is your oyster but at the same time you sometimes have to navigate your way through a mountain of egg shells to get there. It can be anything from inner-industry politics or social media kerfuffles that can make your new path run not so rosy, but then on the flipside it sometimes works out like it was all meant to be in the first place, with every piece slotting together like a jigsaw. Sean Ricany is one rider who has had his fair share of internet controversy and playground whispers surround him but after the mass departure from Stranger he seems to have found a welcome new home at Cult. But what's the full story though? How do these moves even come about? Read on to find out what Cult's head-honcho Robbie Morales and Sean Ricany had to say about what they've had cooking for the last few months. And...make sure you keep those eyes peeled for what's dropping on March 1st!

How long have you and Sean been chatting about the Cult hookup and who brought up the idea first? Was it something you had thought about previously?

Going into 2016 we were talking to a number of riders who wanted to be down with CULT. Out of all the guys Sean took it the most serious and put in work to get on by running product and filming with the crew.  He did this all on his own and wanted to prove to the crew he was down.

What can we expect from his welcome video? How long has he been filming for that?

His riding level is amazing and he has definitely clicked with Veesh and they have been stacking clips. But more importantly he has been having a good time while doing this and the crew has been psyched having him around.

Was it your sole decision in the end or did you consult your team? Is this always the case?

Absolutely, we flew Hawk and Dehart out for a meeting, hit the rest of the crew up via email. Everyone put their two cents in, it's never easy... we have only added one dude in 5 years to the team, and we also have Mikey Tyra, Grant Germain, Anthony Panza, and a bunch of distro riders who are ready to move up as well. Sean wasn't just gonna walk on the team, he had to put in work and film this section and prove to us his dedication. Riders think we were keeping a secret, it was never that, you need to do it right and prove yourself to the crew, it's a family so we are protective of what we have built.

Lengthy icepicks can be a battle, you aren't likely to pull them first go, and have to be willing to commit to the process.

Is sponsorship loyalty important to you? Would you be wary of getting a dude on the team who has been dipping their toe in with numerous companies?

Definitely loyalty is king, in Sean's case I think he has been on two companies. He sometimes gets a bad rap from his early past but he was 15 at the time, we're all crazy kids at 15. It's about learning and progressing and he has definitely done that.

When you add a new rider to your ranks does the reputation they hold in certain circles come in to play when making your decision?

No, we care more about what everyone involved in the brand thinks, it's not always in total agreement but usually works out over time.

Crewed up with the usual suspects.

Veesh and Ricany doing with own work at a DIY spot in the desert.

Does a rider's social media presence ever contribute/hinder their possibility of getting on Cult?

Not really, we have guys like Chase Hawk and Dak who keep their social presence popping and then a rider like Alex Kennedy who does things a bit different, we accept and support both styles... BMX is about being a individual, we back that.

What do you think about sponsor-me videos/emails? Has it ever worked?

Definitely helps if we never have met or crossed paths, especially for foreign riders.

How did the initial conversation about riding a Cult go?

I would say what sparked the conversation is me and Andrew Castaneda hanging out a bunch and talking about how sick it would be to be a part of Cult, I never really thought anything of it at that time. When I realized that Stranger wasn’t becoming the brand I wanted to be a part of, I was beginning to realize the only brand I was really into was Cult. So I texted Robbie to see if me being on Cult could be a possibility, I believe we met up the following week to talk about it..

Was there anyone in the crew you were already tight with?

Andrew Cast and Grant Germain have been my homies for quite a bit now, then others like AK, Dak, and Dehart I didn’t see to often but when I did it was all love. Super hyped to get to know the rest of the crew and have hella good times.

After a few months working with Cult does this hook up feel different than your past sponsorships?

Definitely, I have always been a fan of Robbie as a person and how he ran the brand. Its more of family and homie vibes rather than a business relationship. Which makes what we're doing that much more enjoyable..

What's next after the welcome to the team video drops on March 1st?

Keep it moving onto the next project.

Sean Ricany barspins in what is quite likely a very difficult combo or line. We are as intrigued as you are to see what he filmed!

"I was beginning to realize the only brand I was really into was Cult." - Sean Ricany

The wait is over and it lives up to the hype! - More Info 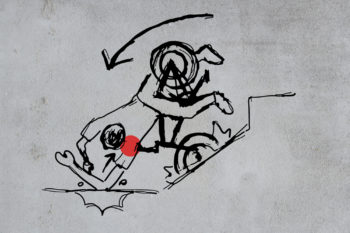 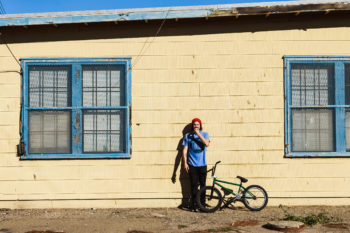 "Flowing around going fast will never get old!"