"Flowing around going fast will never get old!"

Wanna know what DIG favorite Geoff Slattery rode throughout filming for the upcoming Still United epic? We caught up with him out in the Bay Area on the very last filming trip, after he smashed his ribs but before the van got broken into on the final night.

As is becoming more and more common, Geoff rides a 21.25 top tube. Not only is he a taller rider, but he can't stand forward leaning bars. With a lower than average bottom bracket and rear end right in the middle of street and trails lengths, his bike is able to take on whatever is presented.

Favorite part? G Slat frame. It's mine and it's designed the way I want it!

Mods? Just cut the bars down a bit but that's all.

Tell me about your favorite all time bike? I guess it would be the bike I'm riding now. Got some signature parts which I love, so definitely my current setup.

What do you like riding these days? I like to ride anything and everything, mostly been riding concrete parks lately. Flowing around going fast will never get old!

Flowing around going fast will never get old!

Pegs: None at the moment 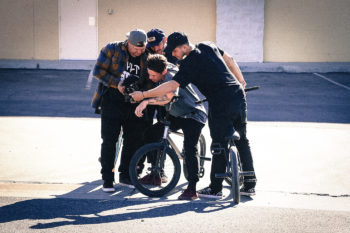 The Story Behind Sean Ricany And His Move To Cult

"it's a family, so we are protective of what we have built." 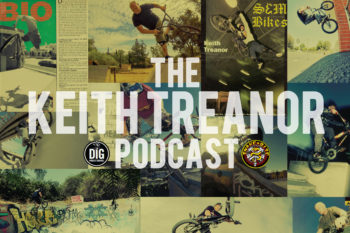 Finding a way back to BMX