“If you could live anywhere in the world right now, where would it be?” A hypothetical question that’s been asked countless times, usually between friends joking during a shitty snowy and cold winter, or sweltering summer.

Tony Hamlin has his answer. Being in the fortunate situation of having some damn good sponsors backing him, he literally could live anywhere in the world right now.

You’d think it’d probably be some tropical paradise, or laid-back European city that’s a spot heaven. Yet, the call of cold seas, grimy back-alley spots, and the Big Apple keep him living in the Northeastern U.S., in the same region where he grew up. Read on for his reasons why he prefers to deal with the outrageous traffic, winter, and salty attitudes that permeate the place he chooses to call home.

No wasted time here. With a Beautiful autumn day on hand and the police politely asking him to leave a few tries prior, Tony got this sick wall-ride to rail to hop over in the bag.

I like seasons, and I like weather changing. I can surf, snowboard, and ride my bike through out the year. You could do all that in Southern California, but it’s a whole different vibe. When it’s a nice day out and it shouldn’t be, it’s the best thing. You want to be outside. Like today- it’s November, and we’re so excited to be out when it’s seventy-five degrees. The amount of  beautiful perfect days I’ve wasted in like California- I can’t even count the number. People just take that shit for granted. When it’s shitty out, I go surfing.

Tony with a little winter surfing on the ice rings of Saturn.

Winter is way better for surfing, and way more rewarding than in the summer. It’s one of my favorite things to do. You’re only out there with like five people that know what they’re doing. It doesn’t hurt like riding in the winter, where it feels like you’re going to shatter when you hit the concrete.

This is about as East Coast rugged/cutty spots as you can get. Wallride to 180 on one of Mr. Hamlin's dream spots.

I don’t give a shit what anyone says, but East Coast street is way better than the West Coast street. California has perfect spots, but I don’t want perfect spots. I want the imperfect, fun ones. The sketchier the handrail, the cooler it’s going to be. Just growing up in Rochester teaches you to appreciate the crappy loading dock banks, that stuff is way more fun and rewarding to me than the perfect waxed ledge. I like the uniqueness that East Coast street has. Growing up, my favorite street riders were Edwin De La Rosa, Vinnie Sammon, and Vic Ayala. I watched their first Animal parts over and over again.

A little caffeine re-fueling before cruising up and down the hills of West New York.

Checking out a line with Dan Coller; Tony's Kink "Intervention" part is going to be badass!

4. Living Next To A Major City

I live in Jersey City in particular because this is where my girlfriend lives, and we’ve been dating forever. The public transportation is great. It’s something you don’t have in Rochester, it sucks in L.A. and some other cities. Here you can get anywhere you want via train; it makes it so easy. As much as living next to New York City is a pain in the ass, you’re living next to a cultural Mecca of anything you want. I never saw myself living next to a major city, but after traveling- with Kink we’ve covered so much ground- I have no choice but to live next to a major city. With smaller cities, the people don’t seem to understand or get it. Racism is still prevalent in Rochester. At least here people are culturally open-minded.

The views of the NYC skyline from Hoboken skatepark are pretty epic. Combine that with a Cali-esque sunset and Tony roasting on an endangered species called a mini-ramp, and you got quite a visually pleasing experience. 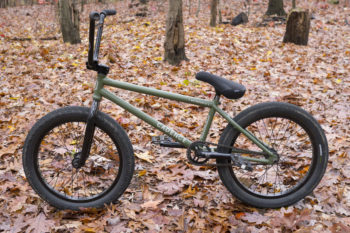 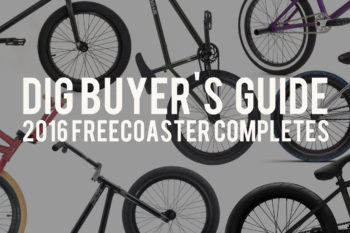