Toast is done. Where should we go?

Dillon Lloyd was nonstop. This was the first time I've seen his riding, and it blew me away. After this three, and with a Canadian grin ear to ear, he said "I felt like Hoder."

Though we were beat from riding all day we spent hours looking for the French Quarter but all we found was a neighborhood full of bars.

Southern Louisiana satisfied all our wants. It was within a half day's drive from Austin, it was scenic with loads of history which I would enjoy, Lil Pat lived there for eight years and knew spots and had access to locals, and the Europeans could have access to a Wal Mart every day. I cannot understate how much Mo and Ed loved Wal Mart. Once Pat played a rap song that basically shouted 'WALLY WALLY WALLY WALLY WALLY WALLY WORLD. LET'S GO TO WALMART. LET'S GO TO WALMART' about four times a day the back of the van would erupt in chorus to this chant. With the metabolism of a professional rider, Ed could easily take down a fried chicken with sides family dinner. Same with Mo. Leaving WalMart with all that food, plus a gallon of juice, Advil, and wrist bandages for under $10? Better go to WalMart.

While not adding to the aforementioned retailer's half a trillion dollars worth of annual revenue, we rode bikes. Two days in Baton Rouge, two in the Big Easy. Pat lived in Baton Rouge for most of his Lousiana stay, and told us off the bat that it has more to ride than New Orleans. He had the spots lined up, which didn't disappoint. But Paul and I were both excited about New Orleans. A giant city under sea level where partying never ceases? Site of the worst natural disaster in US history? Gumbo?

We rode. We ate Gumbo. We did the French Quarter. We listened to Pat's anecdotes. We witnessed a man beat his wife at a restaurant table. We went to WalMart. Anything I left out?

I wanna do that tailwhip but first I got to puke. - DILLON LLOYD 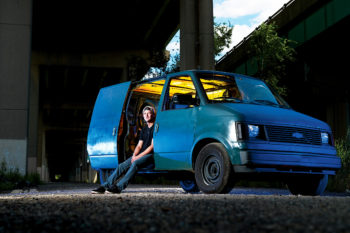 Re Print: Inside Story - Paul Horan

"Life on the outside might get shitty from time to time, but you have no idea..." 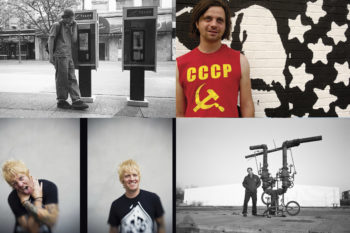 Re Print: Alternative Legends of the DIG era