Glasgow to Genoa - The Photo Gallery

Words and photos by Mark Losey

The running theme on Nike trips lately has been the “two-for-one.” Since we have a good crew together, why not try to hit two locations on the same trip? Last year’s Malaga to Gran Canaria was a blast, so we wanted to do something similar, while visiting two European Nike riders at the same time. So in April we headed to Glasgow, Scotland to meet up with Kriss Kyle and then Genoa, Italy to ride with Simone Barraco. We were warned that the weather in April would be questionable, but sometimes you just have to roll the dice.

We were lucky to have two filmers on this trip, but they both felt some pain in Glasgow. Mike Mastroni spent a day throwing up in the hotel thanks to green curry gone wrong. Then Peter Adam tweaked his knee at a bank spot that was too good to pass up. Simone endured the worst injury of the trip, though, when he broke his arm on the last night. Luckily this happened in his hometown, so his parents and friends made sure he was well taken care of. There may have been one other “injury” to the rental van, but that’s what insurance is for…

Thanks to Kriss and Simone for their hometown hospitality. Talks about the next two-for trip are already in the works.  - Mark Losey 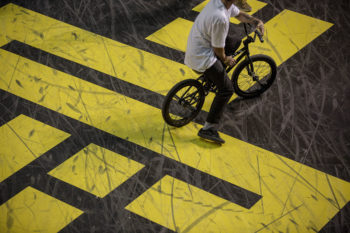 Fresh From The Shooting Gallery 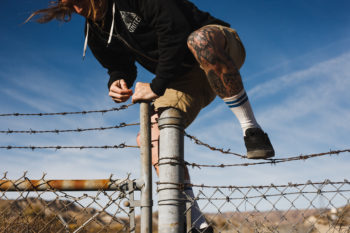 You win some, and you get fucking obliterated on others...