No Flips, No Whips* - The Vans US Open Style Guide

A lot of wise words were spoken in the classic BF-IT documentary but maybe none more so than those by the infamous Harold McGruther (AKA McGoo) who said, "unlike that flippity-whippity bullshit, style never goes out of style". He's right of course but in recent years BMX has been plagued with bad style merchants at contest masquerading amongst the good, like hangers on a party no-one really wanted to be at in the first place, all elbows up bumping into people and knocking shit over left right and centre. Wether it's been down to the supposed decline in BMX popularity over recent years, resulting in a weeding out of the hangers-on, we'll never know, but most people at this years Vans US Open of Surfing Van Doren Invitational Comp were straight up styling it right out of the park. Here's a few of our favourite and most styish images from over the weekend. Let's see more of this please! 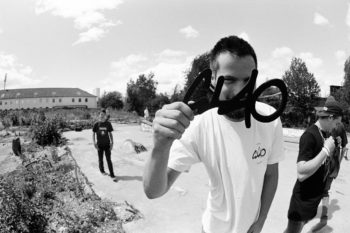 Flavor Flav ain't got shit on this... 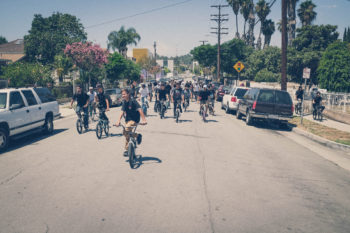